The Dutch pancake, Pannenkoek, is a thin pancake that can be served sweet or savory. There are so many ways to enjoy this easy treat for breakfast or a fun snack! 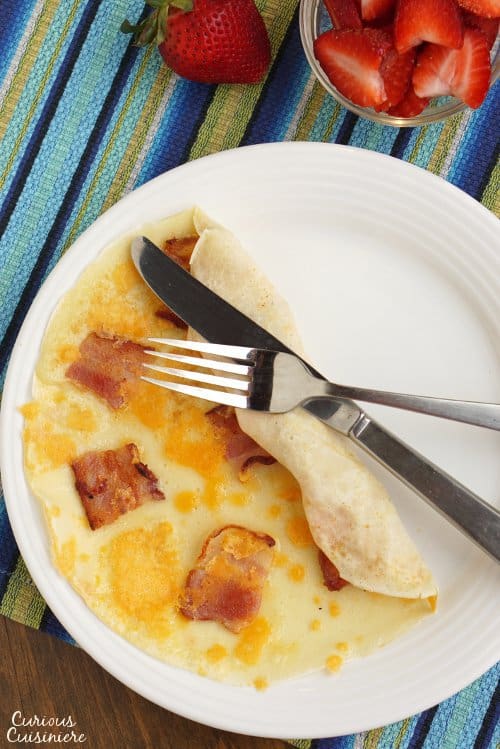 A pannenkoek (plural pannenkoeken and pannekoek in Old Dutch) is a pancake that comes from the Netherlands. They are typically large, whole-pan size and are much thinner than a traditional American pancake (but not quite as thin as a French crepe).

(And definitely don’t confuse these guys with the Dutch Baby, which isn’t even Dutch.)

Pannenkoeken are made from a simple batter of eggs, milk, flour, and a bit of salt. (Traditionally you would often find them using buckwheat flour, however not so much any more.)

Topping and Fillings For Dutch Pancakes

They can be eaten plain with a dark, thick apple syrup, called stroop and powdered sugar.

But, you will often find them filled as well. The fillings can be sweet or savory. Thinnly sliced bacon, apples, cheese, or raisins are most common. But feel free to get a little crazy.

We loved the combo of mushrooms and bacon, Gouda and apples, apples and raisins, bacon and cheddar.

You get the picture.

How To Eat Pannenkoeken

With a pancake so large, the question might come up, how should you dive in?

Traditionally these Dutch pancakes, filled or not, are rolled and then eaten. Slice them and use a fork and knife if you’re feeling civilized, or just grab a bite if you’re eating them on the go! 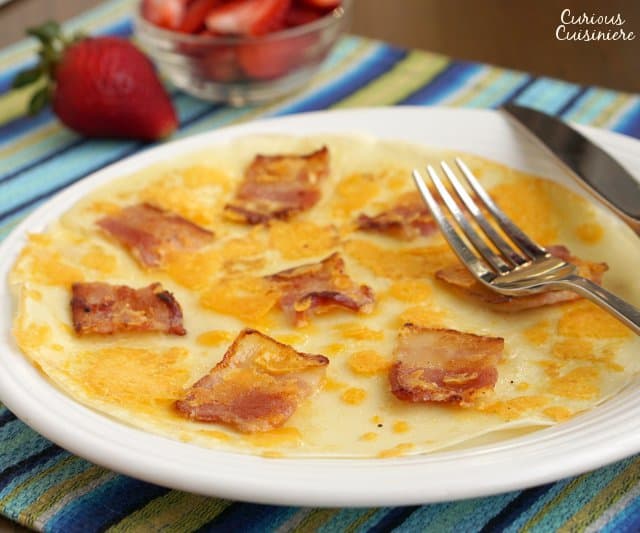 With the Dutch colonization of South Africa, pannekoek are often seen as “South African pancakes” as well. In South Africa, the singular “pannekoek” is most often used, even if you’re talking about a stack of pannekoek.

The one difference we find in South Africa is that they are most commonly served sprinkled with cinnamon sugar and rolled.

We tried a couple of our pannekoek this way, and the cinnamon sugar melts into the warm pannekoek, creating a delicious, warm and sweet treat.

Plain. Sweet. Savory. Which will you try first??

Nearly every culture loves pancakes in one form or another. Here are some other sweet and savory pancake recipes from around the world that are worth a try.

Leftover pannenkoeken keep well in the refrigerator for up to 2 days. 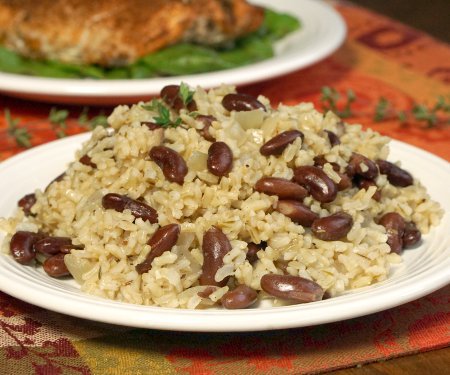 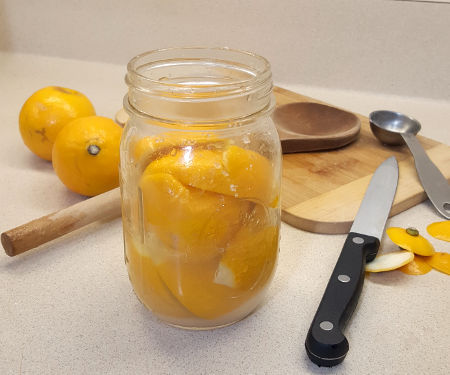 Hi Sarah ! Thanks so much for this recipe! They turned out amazing. On medium heat, over hot butter in a non-stick, Blue Diamond pan, they crispened perfectly. No need for high heat, to avoid the burnt taste. Butter is definitely better for taste and health. Use a proper whisk for the eggs and milk, as you mentioned, whisk till nice and foamy. Halved the recipe, used 1/2 organic unbleached flour and 1/2 whole wheat pastry flour.

Here are a couple fun flavors to try !

Add-ins: Savoury - prepare 1 tbsp sliced green and sliced sweet onion, sprinkle of Italian mozzarella, sprinkle of pizza spice, 1/2 a sliced, quality all beef smokie / sausage (like Grimms brand). After pouring batter in pan, arrange above toppings, and drizzle a tbpsn tomato sauce, or a tbpsn chopped Roma tomato. Sprinkle above toppings while pancake is still cooking. Cook additional 2 min, then flip over and cook for additional 4 min, till the sausage releases aroma. For Philly Cheesesteak, use prepared sliced steak (instead of sausage) and chopped green pepper. Serve with barbecue sauce. Fantastic!

Yum! Thanks for sharing!

Hi, I would like to clarify a couple of things. First of all, we Dutch people never eat pancakes for breakfast. Pannenkoeken are a typical dinner food! Stroop is not made from apples, that would be appelstroop. Normal (pannenkoeken)stroop is made from sugar beets. It's basically liquid sugar. The bacon and cheese are usually just sliced, not shredded or cut in little pieces. Add-ins are also fried in the batter, not on top. So: scoop of batter - slices of bacon/ cheese/ whatever - another scoop of batter.

My recipe is: 500 mL of milk 2 eggs 250 grams of flour Pinch of salt (Sunflower) Oil for cooking (I prefer oil because it doesn't burn like butter. You can add a little bit to the batter). Tip: let the batter rest for about an hour before frying. Personally I don't pre-cook the bacon. The bacon should still be soft, definitely not crispy. Oh, and don't use bacon with added sugar! Unless you want your pancake get stuck to the pan. Besides, we don't even have that in the Netherlands. I fry my pancakes on high heat. They should be turned when there's still a little liquid batter on top.

Greetings from the Netherlands 🙂

I'm Dutch, we ate pancakes for breakfast all the time. Still do.

Hi Jennifer. From what I've seen, I gather there are multiple ways to make these. Thanks so much for sharing what you do!

Hey, thanks for sharing this recipe! I tried it and here are a few tips to improve the results, at least per my experience. 1) add about 1 cup of water to the batter... it got too thick as-is and the first two pancakes turned out like naan bread, haha. I wanted them thin and crispy like they are in the Netherlands. 2) cook in canola oil; the butter didn't hold up to make the cakes crispy. 3) add the toppings right after pouring the batter and then pour a tiny bit more batter on top of them so they bake in to the cake, otherwise when you flip the cake, any cheese or delicate toppings just burn. 4) cook on high heat. I used an electric griddle and had to cook these on 400 degree.

I made mine with swiss and turkey bacon and after the adjustments I mentioned, they were amazing.

Hi Heather. Thanks for sharing! The batter should definitely be thin, did you use 16 oz of milk in addition to your 1 c of water? When cooking on medium heat, the toppings shouldn't burn when you flip them, but I can see how you would need the extra batter to seal them in if you were cooking over high heat. Glad you found a method that worked for you! Your toppings sound great!

Well, by chance stumbled on this site. Being a proud Dutchman I am more than happy to share my grandmother’s recipe for real old fashioned Dutch pancakes:

All should be mixed up to until a uniform mixture is formed.

Per above recipe allows you to bake 10 Pancakes when using a pan with 30cm diameter. Remember to use a real hot pan to bake your pancakes (approx 2 min first side; then turn for another 1 minute for the flip side) Pancakes Diameter of the pan:

Thank you for sharing Edwin!