Schweinshaxe, or tender and juicy pork knuckle wrapped in a salty and roasted-crisp skin, is a recipe for a quintessential Oktoberfest feast. It makes for the perfect pairing with a big stein of your favorite beer. 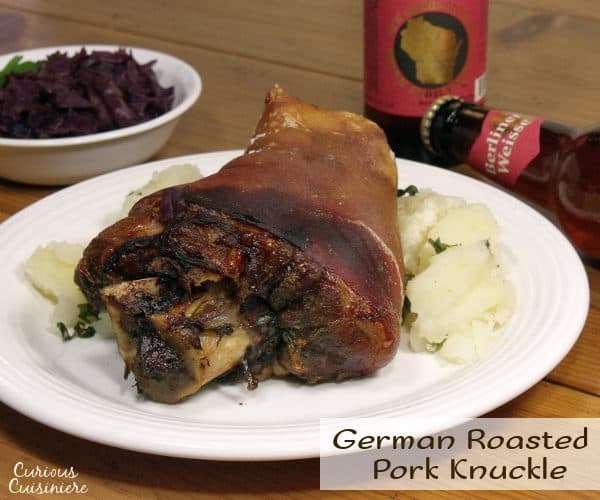 Schweinshaxe (pronounced SH-vines-HAKS-eh), is a German dish particularly popular in Bavaria, the home of Oktoberfest.

That alone is enough to make it an Oktoberfest staple.

Add in the fact that it’s a combination of tender, juicy pork and crispy, salty skin. You have yourself Oktoberfest pairing heaven.

What Is a Pork Knuckle?

Schweinshaxe starts with a cut of pork you’re probably not too familiar with:  the knuckle.

Yes, pigs have knuckles too.

While pork knuckle might sound a bit unappealing, Schweinshaxe, now that just sounds like a fun culinary feat to master.

The bone-in hunk of pork leg is quite impressive, I’m not going to lie.

But it can be a bit intimidating.

Even though each pork knuckle is only enough to feed one person, it just doesn’t look like anything that you would typically venture to cook.

But that’s about to change. 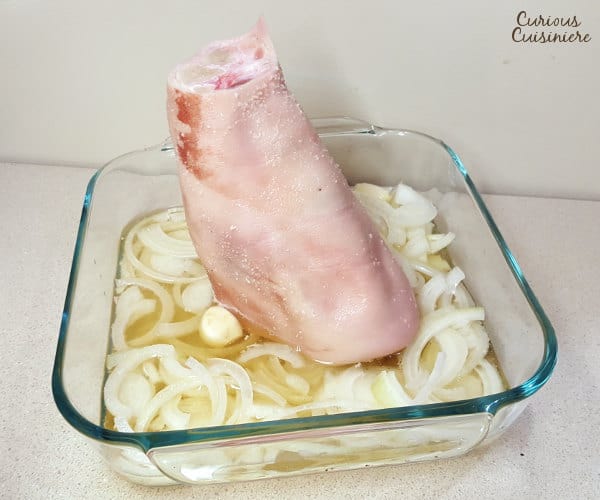 Where To Find Pork Knuckle

Hock or knuckle, you’re getting the part of the pig that is the joint between the foot and shank.

It’s a stubby piece of meat, covered in a layer of skin and fat.

And, while there isn’t a lot of meat on each hock (knuckle), there is a TON of skin.

Once rubbed in salt and roasted, this skin gets super crispy and delicious. So, delicious, it has its own name.

It’s known as crackling, and it’s pretty much the main reason for diving into a pork knuckle. 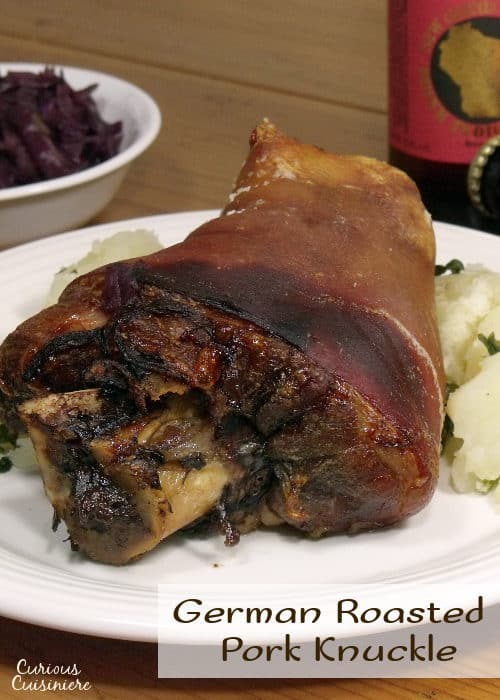 How To Cook Schweinshaxe

As far as cooking goes, the process could not be any more simple.

First, you rub the hock with a garlic clove and salt.

The seasoned knuckle gets placed into a baking dish filled with sliced onions and beer.

Then, you pop it in the oven and forget about it for 3 hours, while the oven’s heat works its magic.

Or, you can try to forget about it.

Because, let’s face it, as the aroma of beer, onions, and roasted pork fills your kitchen, there will be little else you can think of.

By the time the oven’s buzzer rings, the excitement for that crispy pork skin is barely containable.

Just don’t forget to pour yourself a big stein of beer before chowing down. 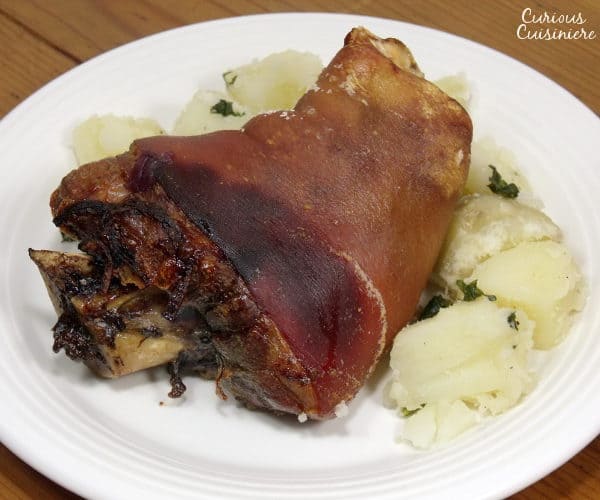 What Beer To Serve With Pork Knuckle?

Honestly, any full flavored (preferably German) beer will do for pairing with this juicy, tender, fall-apart meat and crunchy, salty skin.

But, if you’re looking for a really stellar pairing, then read on. Our friend and beer connoisseur Bryan calls for a lighter beer with loads of flavor, like a Berliner Weisse:

With a crystal-clear pale-golden hue filling the glass and a beautiful white frothy head forming, New Glarus’ Berliner Weisse is a treat to the eye; and the tongue. Bringing the glass to your mouth, you are welcomed with aromas of lemon, citrus and a touch of wheat. This beer cleanses the palate beautifully, goes down easily, and the light effervescence cuts through the fatty flavors of the juicy pork.

If you don’t happen to be in Wisconsin, don’t worry, just look for Gose beer (pronounced GOSE-uh), sour beer, or any other Berliner Weisse. 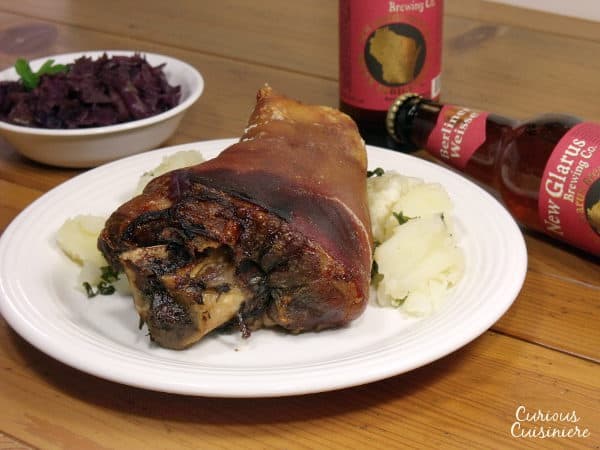 What to serve with Schweinshaxe

If you’re cooking a pork knuckle, you may as well go all out!

Serve your Schweinhaxe the Bavarian way with potato dumplings, spaetzel, or boiled potatoes and red cabbage or sauerkraut. 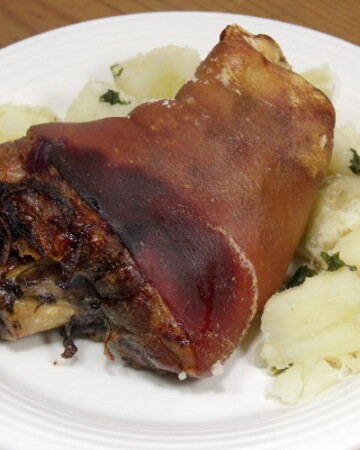