Pork is traditional for German Schnitzel, the traditional dish of crispy, breaded cutlets. But there’s more to this quick and easy dish than meets the eye. 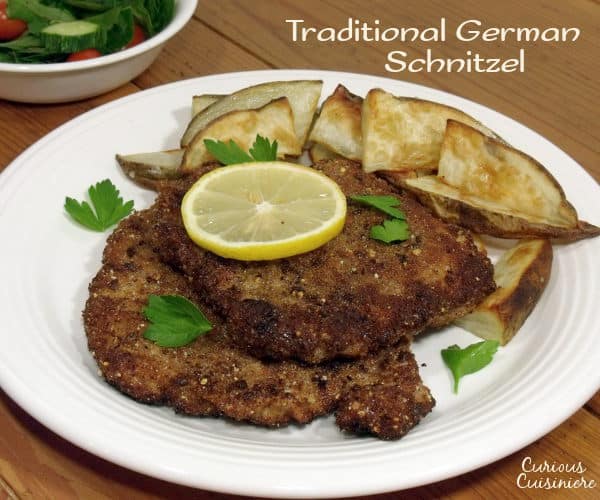 At its most basic, schnitzel is a simple way of preparing thin cutlets of meat by breading and frying.

When you think of Schnitzel (pronounced SH-nit-sel), you probably think of Wiener-Schnitzel or Jäger-Schnitzel. However, these two are only a few of the dishes prepared in the schnitzel way.

The History Of Schnitzel

“Wiener” (pronounced VIEN-er) means “Viennese” or “from Vienna” in Austria.

The process for making Wiener-Schnitzel was perfected by the Austrians, and so it gained their name.

However the act of making schnitzel can be traced back to the Byzantine Empire in the 7th century!

The legend goes that Kaiser Basileios I, in the late 800’s AD, liked his meat to be covered in sheets of gold. This practice soon become popular with the wealthy, but it was also very expensive. (As you could imagine!)

So, an alternative “yellow gold” was created.

Bread crumbs are much cheaper than sheet of gold!

In the 1800s, an Austrian general was served a dish of bread crumb-coated veal cutlets while in Milan. He brought the idea back to the Austrian Kaiser, and it was in Vienna that Wiener-Schnitzel was perfected and became famous. 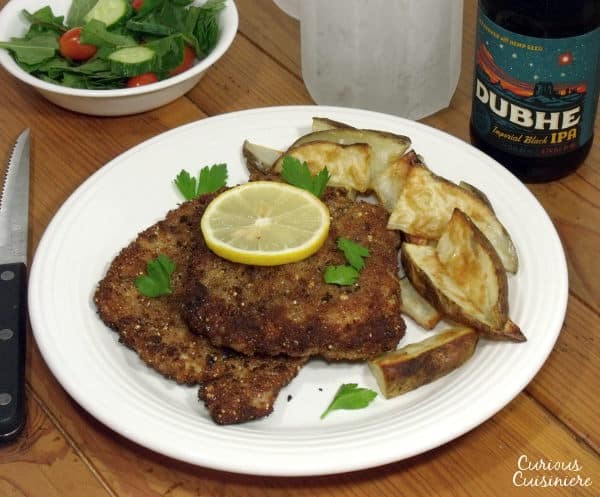 What Kind Of Meat Is Used For Schnitzel?

As we mentioned, there are many variations of schnitzel.

How To Make German Schnitzel

No matter what meat you choose, schnitzel is incredibly easy to make.

What looks like a fancy meal comes together in about 30 minutes.

The thinner the cuts of meat you start out with, the less pounding they need. Remember, the goal of pounding them thin is to tenderize them and get them to a thickness that will cook all the way through in the time it takes to turn the breading to a nice golden brown.

What Sauce Is Served With Schnitzel?

While not all schnitzel is served with sauce, there are some very common variations that do.

What To Serve With German Schnitzel

Schnitzel that does not have a sauce is traditionally garnished with lemon slices and parsley. The lemon adds a nice acidity that cuts through the fat from the frying.

A green salad also makes a nice addition to round out the meal and add a nice, light complement. 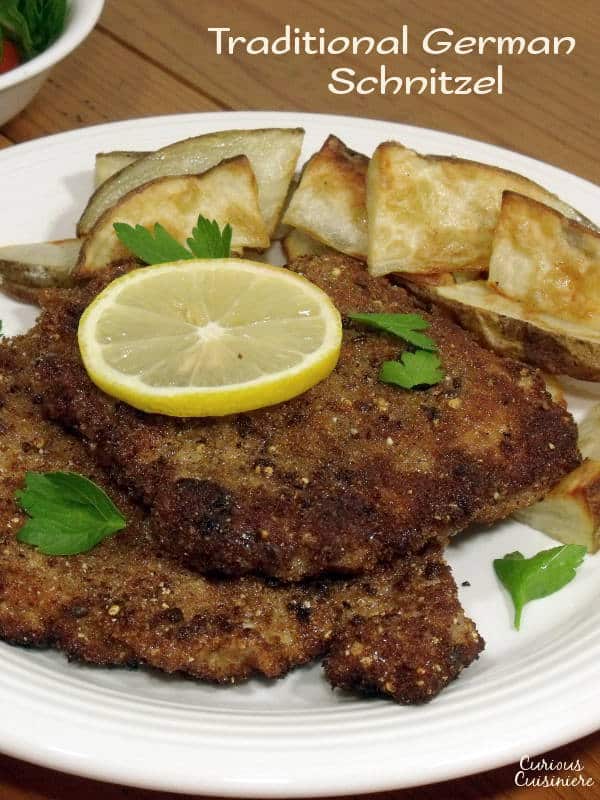