A warming drink perfect for winter, this Mexican Atole recipe is full of the comforting flavors of vanilla and cinnamon. 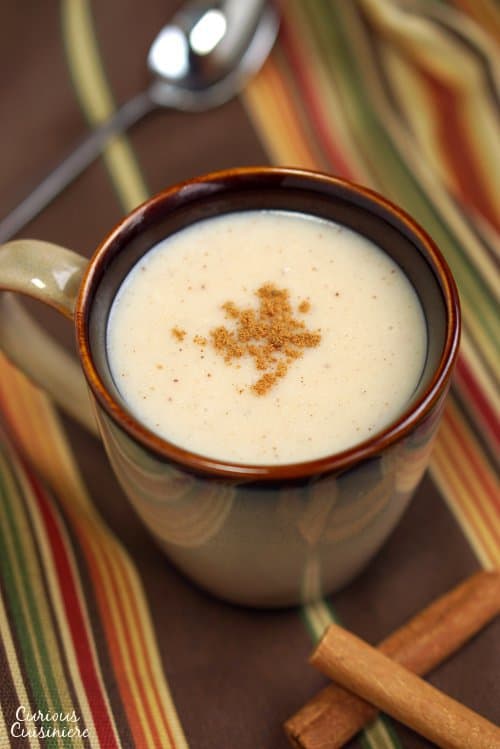 Atole (pronounced ah-TOH-leh) is a traditional beverage in Mexican cuisine made from masa harina, the type of corn flour that is traditionally used to make corn tortillas. (For atole made from rice, try the Guatemalan version, atolillo.)

It is a popular breakfast dish that dates back to the time of the Aztecs and Mayans.

Atole is traditionally drunk at celebrations of Dia de los Muertos, or the Day of the Dead, a celebration that happens on November 1 and 2 to celebrate and remember those who have passed away.

Atole de Vainilla, the version we are sharing today, is flavored with vanilla and cinnamon. The warm, spicy fragrance of this Atole de Vainilla makes this beverage incredibly inviting and comforting, even before it is poured into the mugs.

It is a simple recipe, made with masa harina, liquid, and sweetener that is simmered with cinnamon and vanilla. 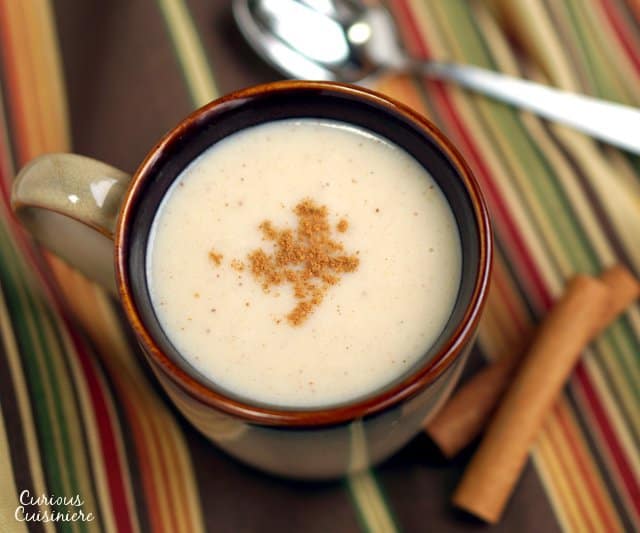 How To Make Atole de Vainilla

The process to make atole is incredibly simple and very similar to making cream of wheat.

The consistency of atole can vary from thick and porridge-like to thin and pour-able, depending on how much liquid you add.

Our recipe makes an atole that is thick, but still drinkable. However, if you prefer yours on the thinner side, just add a little more milk.

Atole is traditionally sweetened with piloncillo (pronounced PIL-on-SE-yo). Piloncillo is unrefined cane sugar that is pressed into a cone shape. It has a flavor is similar to brown sugar, with a deep molasses punch.

You can typically find piloncillo at any Mexican grocery store and online.

If you have a hard time finding piloncillo or don’t live near a Mexican grocery, don’t worry. You can mimic the flavor of piloncillo in atole by using brown sugar.

If you’re interested in trying more traditional Dia de los Muertos recipes, you’ll want to have a look at our Pan de Muerto (Day of the Dead Bread) and Mexican Candied Pumpkin recipes!

This is one of the recipes from the early days of Curious Cuisiniere. We’ve updated our pictures since we first made it, but we’ve left the original images here as a fun throwback and shout out to how far we’ve come. Enjoy! 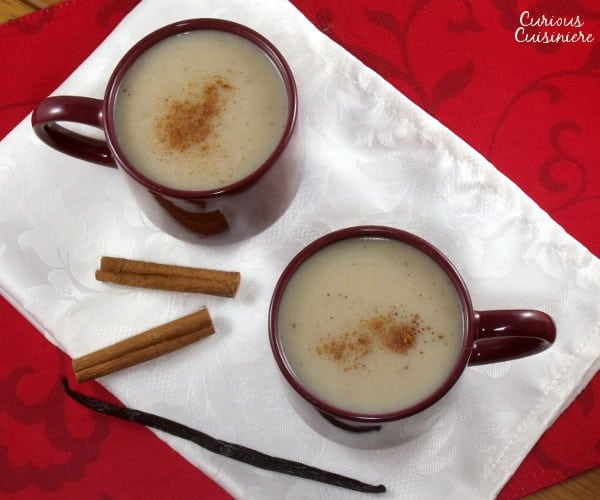 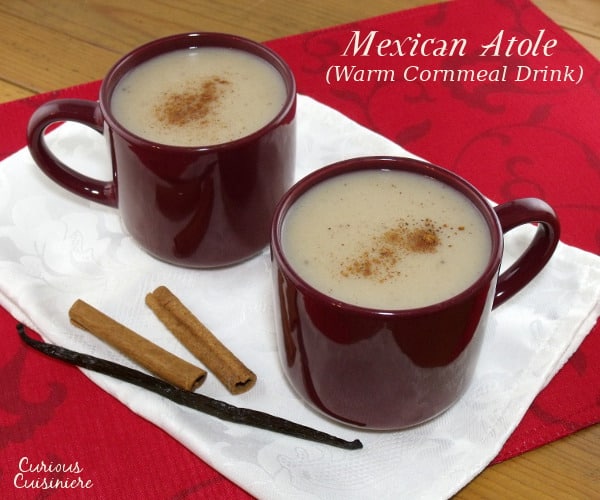 Hi Sarah! I was looking for a recipe of 'atola', an East-Indian (Catholic community in Mumbai, India) sweet rice pudding which led me to yours. The Mexican 'atole' must most definitely be related to the 'atola' I'm speaking of as it is traditionally served on All Soul's Day, essentially Dia de Los Muertos. Could it be a colonial export by perhaps the Portuguese who were here? Your post has got me thinking... What does the word 'atole' mean? Would you know?

@Sarah Ozimek, I will check it out. Thank you for your reply!

Hi Britney. How interesting! As far as I can find, 'atole' (sometimes written 'atolli') is just the name of the drink. This version is sometimes called 'atol de elote' (corn atol) and it can be made from other things, like rice or oats. (You may want to take a look at this Guatamalan rice version. We go a bit more into the Latin history of the drink there.) It is very possible that there could be some broader cross-cultural spreading going on there.

This was my first time trying this. Not only it was delcious; it was so comforting that I found myself wanting to go to bed after enjoying it!

Thanks for the recipe!

I'm not sure why it says "warm cornmeal drink" when in the recipe, it says, do not use cornmeal.

Thank you a lot for sharing this with all folks you actually know what you are talking about! Bookmarked.

Hope you enjoy it!

I cannot wait to make this recipe. My mother would make this for me and my brother when we were children and it was such a treat. The last time I had this was when I was 10 years old, I am 52 now.

You brought back some very fond memories. Thank you

So glad our recipe brought back good memories. We hope you enjoy the atole!