Light and flaky Greek pies filled with feta cheese, Tiropita make for a wonderful appetizer or snack that everyone is sure to enjoy! 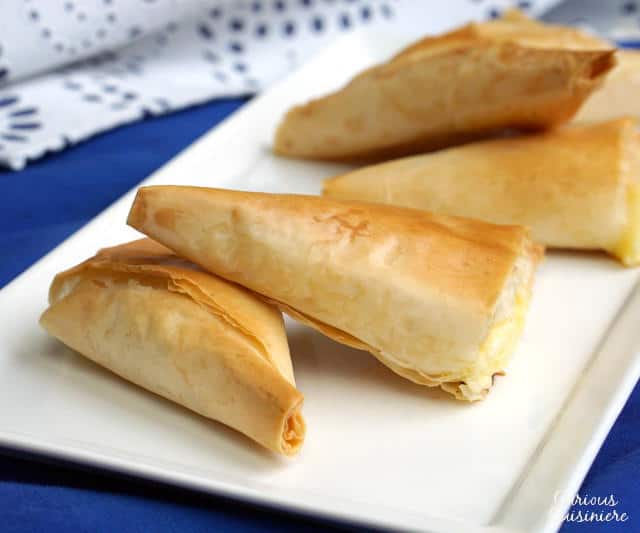 When we say “pita” when it involves Greek food, we’re not thinking about the flatbread. In Greek cuisine, “pita” means “pie”, and it can be sweet, but it is very often savory.

You’ve probably heard of Spanakopita, that Greek spinach and feta pie that is wrapped in a flaky phyllo dough crust. And, we’ve made Kotopita, the Greek version of Chicken Pot Pie. (Yup, it’s still wrapped in flaky and irresistible phyllo dough.)

But have you heard of the lesser known, but still wildly delicious Tiropita?

Tiropita (or tyropita) is a Greek pie made from layers of phyllo dough that are filled with a cheese and egg mixture.

Tiropita can be made as individual pastries, like we did here. Or, you can make it in one large pan and cut into serving portions, like you do for Kotopita.

In Greece, this is a popular breakfast food that is also commonly eaten during the day as a snack.

Seriously, I have a weakness for anything wrapped in phyllo dough, so I could eat these ANY time of day!! 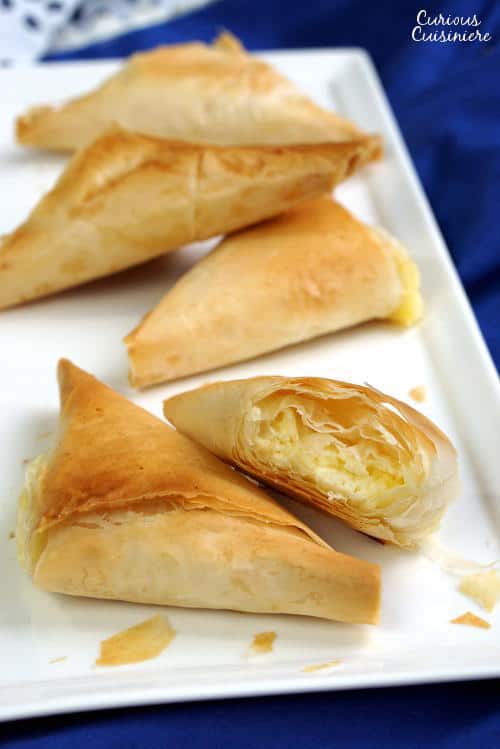 As we researched this dish, we found that EVERY cook makes their filling differently. Some us Greek yogurt, others use cottage cheese, some combine other cheeses like Parmesan, Gouda, and/or ricotta with the feta. Some make a creamy bechamel to mix in with the feta. And some just stick with simple and delicious feta and eggs.

It makes it really hard to find THE authentic recipe!

So, since we like cheese. (That just might be an understatement.) We decided to mix some Parmesan in for flavor and ricotta in for creaminess.

All we know is that what we have here is a mighty tasty bundle of super flavorful and creamy cheese surrounded by light and airy blankets of crispy phyllo.

If that doesn’t make you want to crunch into one of these babies, nothing will.

As a bonus, these little hand pies make GREAT make-ahead appetizers. You can spend an afternoon filling and rolling pies, and then freeze them for later.

Simply arrange them in a single layer on a baking sheet, and freeze them until they are frozen solid. Then, you can transfer the pitas to an airtight container or bag and store them in the freezer until you need them.

When you are ready to bake, they simply take 10-15 minutes in the oven, and you have flaky, cheesy goodness for your guests.

Or, all for yourself.

Seriously, we’re not ones to judge. We ate this whole batch ourselves… 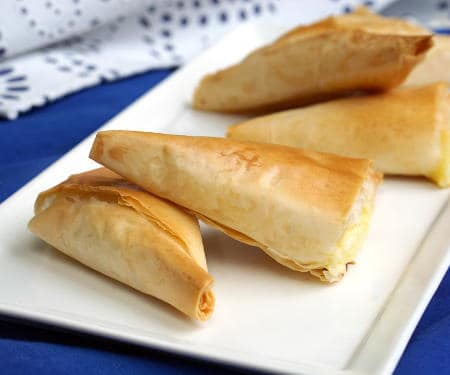 To Make The Pies

To Freeze For Later 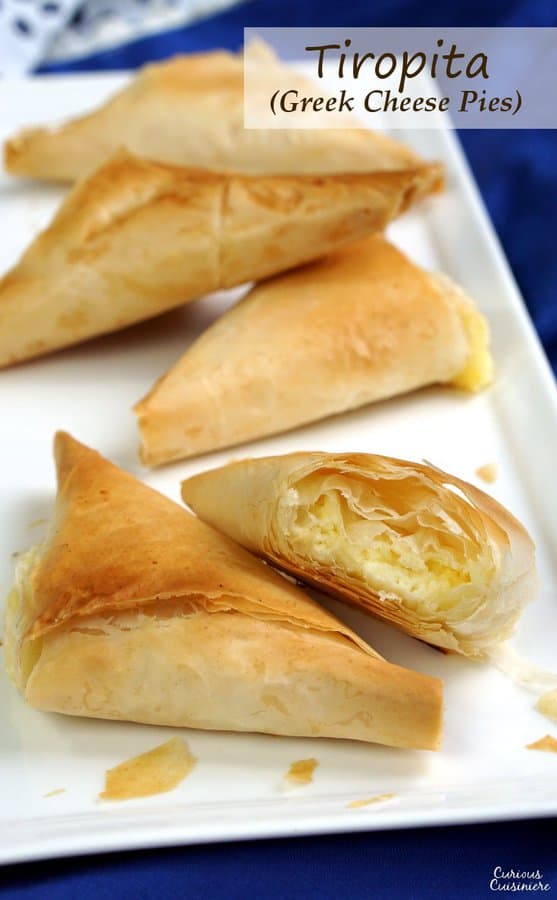 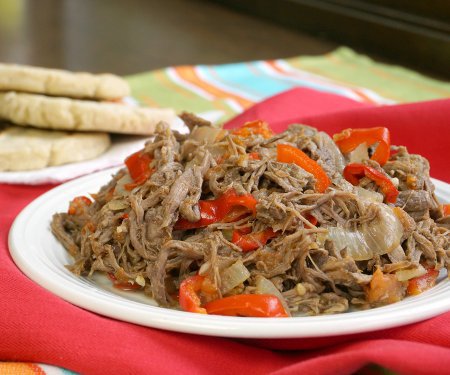 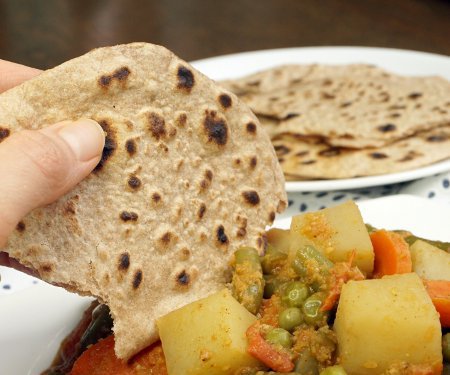 Next
Roti (And A Guide to Indian Flatbreads)
Click here to cancel reply.

Fantastic recipe. We re-made more the following day. Loved them. Thank you.

So glad you enjoyed them!

Good flavor! I added a little dill. I had to bake these 25 mins or so but tasted really good.

So glad you enjoyed them. Dill is a great addition!

I just found three uncooked 3-oz tiropita in my freezer that I forgot I had. I was wondering since it is larger than the appetizer size, should I cook it at the same temperature as the appetizer size or lower than 350? Thank you in advance

Hi Elaine. As long as it's not super thick, I would do 350 still, it will just take slightly longer.

I am serving tiropitas (triangles) for a few folks and a side of black olives. Is there anything else I could put out. A dip?

Hi Pat. You could add some pita triangles and tzatziki sauce or Greek salad skewers. Enjoy!

What are the ingredient amounts for just the regular tiropita (not triangles)?

Hi Marianne. We typically make these as the triangles, but if we were going to make one larger pie, we would use these quantities for an 8x8 with only 12 sheets of phyllo, 6 on bottom, 6 on top. Enjoy!