Kernels of sweet corn stud this sweet and flavorful Mealie Bread, a South African sweetcorn bread that is sure to delight any cornbread fan. 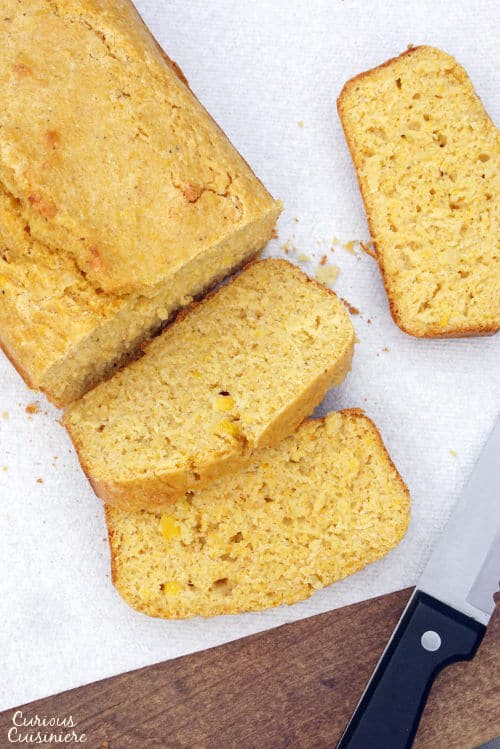 Mealie bread is a traditional South African quick bread made from mealie, known in other parts of the world as maize, or corn.

Maize was first grown for food in indigenous Mexico, and it is thought that the Portuguese were the first to bring maize from the Americas to Africa.

It became quite popular in many parts of Africa where it was (and is) used to make a number of pudding, porridge, and bread dishes.

Mealie bread was traditionally made by steaming rather than baking.

A large pot of boiling water would have been put on the stove (or campfire) with a can, or something similar, inside to act as a platform for the bread pan.

Then, the loaf pan with the bread batter was placed into the boiling water so the water came about halfway up the sides of the pan.

The pot was then covered and the bread steamed.

Steaming is a gentle cooking process that cooks the corn slowly, creating a very tender consistency. The resulting bread is very moist, more like a cross between a thick, cooked corn pudding and a very dense quick bread. 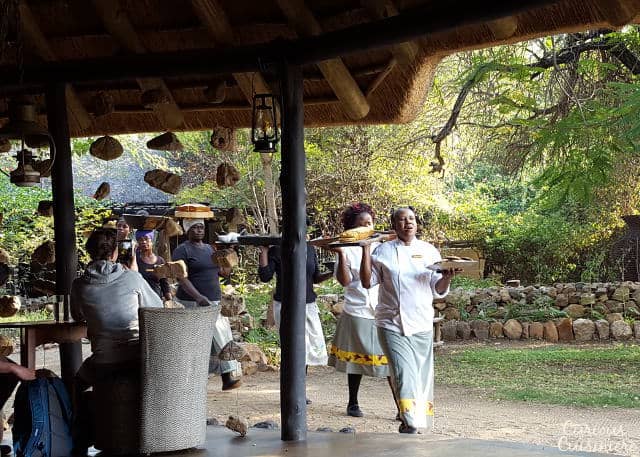 But, while we were in South Africa, we were served mealie bread that was a bit more bread-y than pudding-y. It had a a dry crust from baking and a crumbly texture. This corn bread was more similar to the Southern US cornbread that we were familiar with.

With one difference that made this cornbread stand out as something definitely different from any cornbread we had ever tasted.

There were distinct kernels of corn in this corn bread.

It is this baked, more bread-like version of mealie bread that we experienced while on safari that we used as the model for today’s mealie bread recipe.

This bread is definitely more of a sweetcorn bread than a traditional American cornbread. The emphasis is really on the sweetcorn, because it uses whole corn kernels in the batter.

The sweet corn kernels are partially ground, giving the bread a moist texture and a fun pop of flavor as you bite into the whole kernels.

There’s nothing like fresh sweet corn. And this sweetcorn bread really captures the essence of the sweet corn harvest in a delicious and comforting loaf! 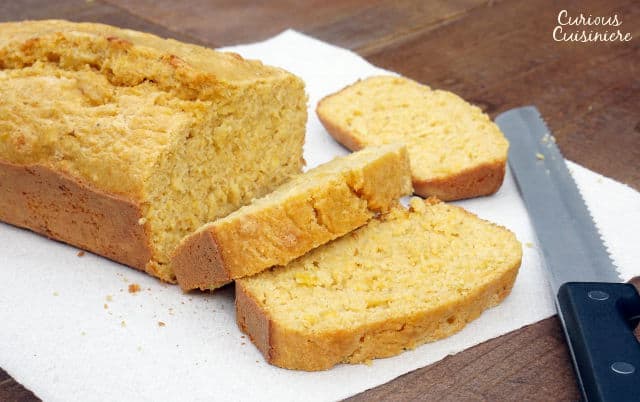 How to serve mealie bread

One important thing to note is that due to the corn in this bread it can be quite crumbly. While we first crafted this recipe to be more similar to the crumbly mealie bread we had on safari, much of the feedback from our readers was requesting a cornbread that held together better.

We have since adjusted our recipe a bit to make it a bit closer to the more dense and moist, steamed mealie bread, which does hold together better.

If you prefer your mealie bread to have a bit more of a dry crumb, we recommend increasing the cornmeal by 2 Tbsp.

Either way, we do recommend letting your bread cool slightly before slicing it, as this helps the slices hold together better.

Who doesn’t love a corn side dish, particularly when it’s in season in the summer. These other corn side dish recipes are sure to fill your craving!

(And, if you’re looking to explore more veggie-laden quick breads, you have to try this Southern sweet potato bread. It’s even better than pumpkin bread!) 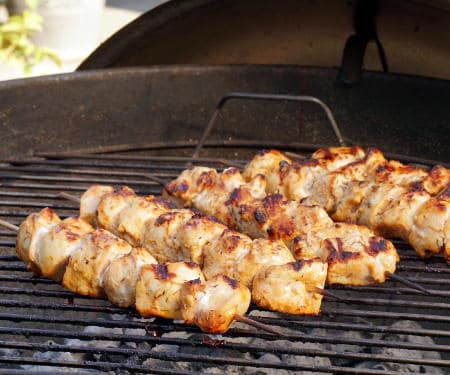 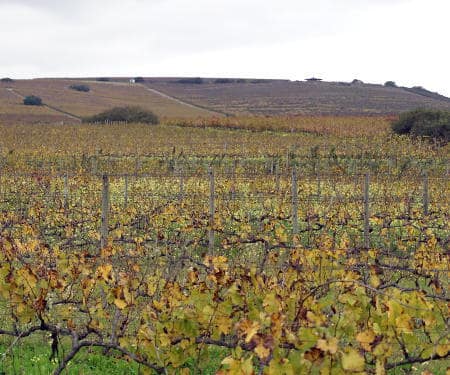 Next
An Exploration of South African Wine with #winePW
Click here to cancel reply.

Hi- am doing an international week at my school & my class have South Africa. Would love to cook this with my class- do you have the measurements of the ingredients in grams? Thank you - also we don't have corn meal in the UK... would polenta be a suitable substitute? Thanks!! :) x

@Sarah Ozimek, Thanks Sarah- we are doing it next week so fingers crossed it all goes well!

Hi Hannah. How wonderful! I have updated the recipe to include grams. Corn flour would be a better substitute than polenta, as polenta tends to be more of a coarse grind. If you don't have it available, you can also substitute the cornmeal for more all purpose flour. Enjoy!

Tried this recipe yesterday and it came out perfectly, thank you so much ?

A disaster. Did not turn out like your photo. Dense and heavy inside. Had to throw it out as not edible.

Hi Barbara. We're very sorry you had trouble with this bread. It is a different consistency that traditional American cornbread, and will be more dense and heavy due to the moisture content from the corn. Did you check to be sure that the bread was cooked through with a toothpick as instructed? Possibly it had not baked long enough.

My son is making this for an international food day so I am going to be maki g this in a more shallow pan and making recipe by 4x.to feed sample sized bites to about 100 people. Any thoughts on how Kong this should bake in a rectangular cake pan?

Hi Renee. How fun! I would maybe start with around 20 minutes, and test it with a toothpick. I would definitely suggest making a trial run using a similar depth pan. This bread can be crumbly, so if you find that in your trial it is falling apart too much to stay in nice “bites”, try cutting the corn back to 1 cup. It still tastes wonderful, but it holds together batter that way. Definitely stop back by and let us know how this turns out for you and how the kids like it!

Lauren @ Sew You Think You Can Cook

The steamed method sounds interesting, but I can't blame you for going the baked route. I've not seen cornbread baked in a loaf pan before, either.

Baked in a loaf was a bit more familiar. And, it was the way we had it while in South Africa. We'd like to try the steamed method some time in the future though!