You are here Home » Around the World » Asian Recipes » Chinese Recipes » What is the difference between Lo Mein And Chow Mein?

Have you seen the list of noodle dishes at your local Chinese restaurant and wondered what is the difference between lo mein and chow mein? Here’s a hint. It’s actually not the type of noodles used. Let’s take a look. 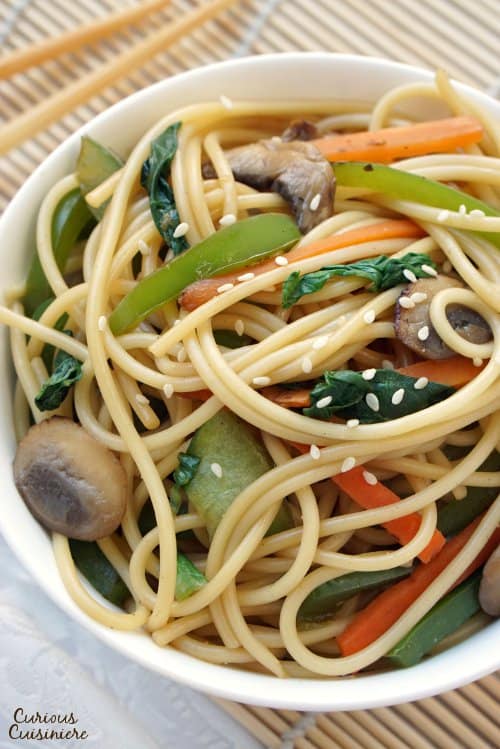 Chow mein and lo mein. Could you tell the difference between them if asked?

I don’t know about you, but we find the breakdown of Asian noodle dishes to be quite confusing.

Truth is, in the States, we are mostly used to these dishes in the form of Chinese takeout, which transforms cultural cuisine into one big mess of salty and sweet, American-adapted, cultural confusion.

I mean, many restaurants will even use the terms ‘lo mein’ and ‘chow mein’ interchangeably for their general noodle dishes.

They really don’t help the cause with their naming conventions. And, really, everything from the restaurants tends to look (and taste) the same anyway, it’s so hard to pick out any marked difference.

What’s The Difference Between Chow Mein and Lo Mein?

Mein (or mian) is simply the Chinese word for ‘noodles‘ (pronounced mean).

Both lo mein and chow mein are made from the same type of Chinese noodle. This noodle is made from wheat flour and eggs, similar to Italian pasta.

If you live near a good Asian grocer, you can probably find these sold as ‘lo mein noodles’ or even ‘chow mein noodles’. But if you don’t, using regular Italian spaghetti or linguine noodles is a great substitute.

So, if it’s not the noodles, then what is the difference?

What makes the two dishes different is how the noodles are prepared. 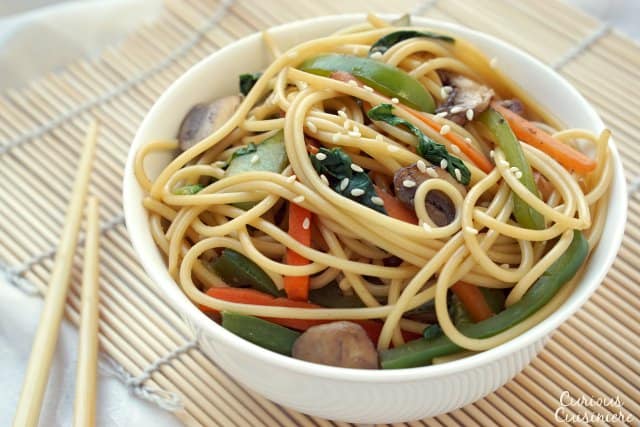 What Is Lo Mein?

Here’s how you can tell if you’re eating lo mein. 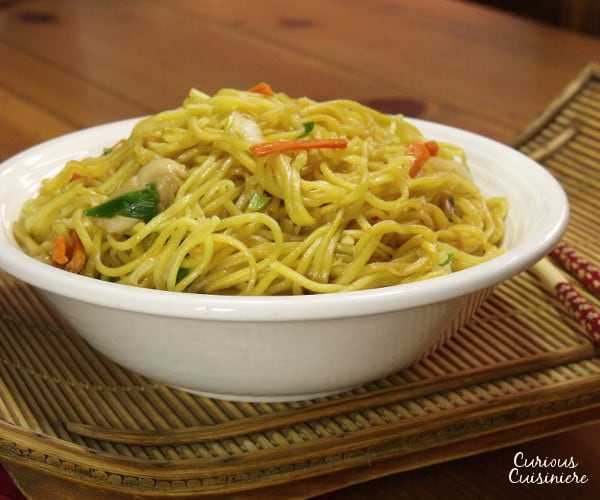 What Is Chow Mein?

Chow, on the other hand, means ‘fried‘. So, for chow mein, we are talking about ‘fried noodles‘.

There are two types of chow mein.

To make chow mein, after boiling, the noodles are fried in oil (without any accompaniments).

After the initial frying, sauce or accompaniments are added to the noodles.

In chow mein, the noodles really are the star of the show, so any vegetable or protein add-ins are kept to a minimum so they don’t distract from the perfectly crispy noodles.

Here’s how you can tell if you’re eating chow mein.

In China, noodles are one of the traditional foods that are eaten during celebrations of the Lunar New Year.

They are the perfect dish to start off the year with promise, because long noodles are a symbol of longevity in life.

So, cook those noodles long and don’t cut them!

Let’s raise our bowls to a long life of noodle slurping!