Indio Viejo is a thick and hearty Nicaraguan beef stew made with corn tortillas and tender shredded meat. The perfect comfort food for a chilly winter day! 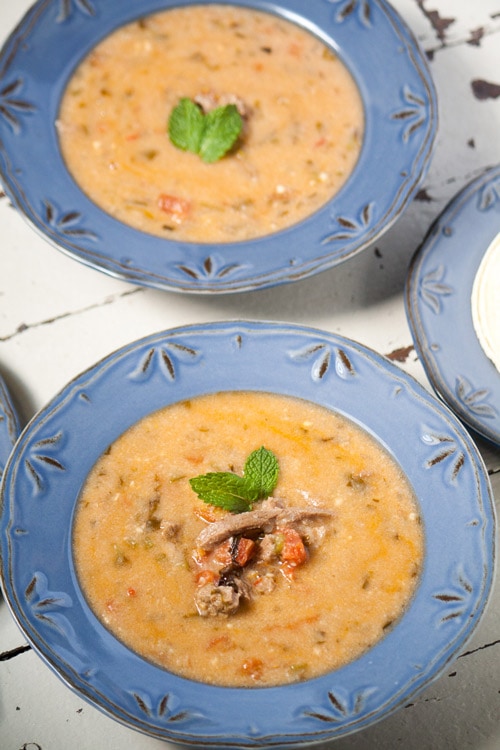 What is Indio Viejo?

Indio viejo, which means ‘old Indian’ in Spanish, is a traditional dish from Nicaragua. It is a stew or thick soup that is made with corn and meat previously shredded.

Like many other Latin American countries, corn is a staple in Nicaragua. It is widely used in different dishes, such as nacatamal (steamed corncakes, similar to Mexican tamales) and indio viejo.

It’s also an ingredient for drinks such as pinolillo (a cornmeal and cacao-based beverage) and chicha (made with fermented corn), as well as in candies and desserts.

Indio viejo is one of the oldest native dishes in Nicaraguan cuisine. The ingredients are native to the region, like corn and beef.

It is said that the name of this dish comes from the lie of an indigenous leader to two Spaniards who passed through a tribe located in Ometepe.

The Europeans saw the indigenous eating and when asked what they were having, one replied that he was enjoying an old Indian. They called it that because it was made of one of the oldest members of the tribe who had just died.

The Spaniards, in the end, decided not to try the dish. But, the truth behind this legend, is that the leader of the tribe told that lie because he did not want to share the food. 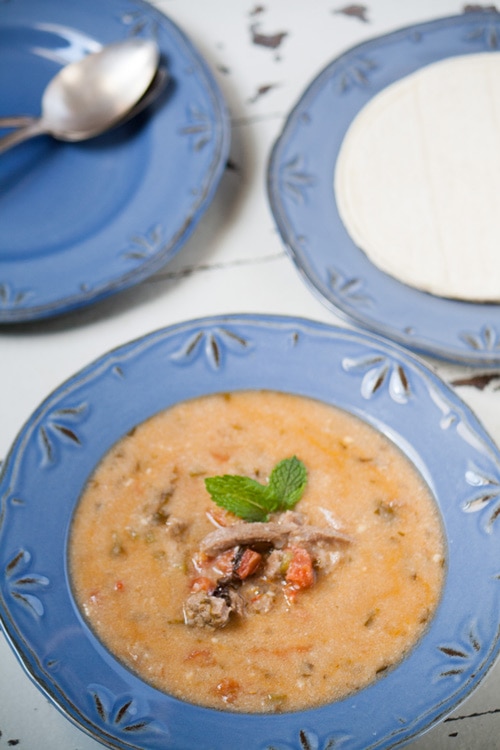 Indio viejo is served throughout Nicaragua. Some states give it a different name, but the ingredients are the same.

This stew is usually prepared on special occasions, like patron saint parties and other social events such as weddings or outdoor banquets.

Traditionally, old tortillas are used to thicken the stew.

This process starts the night before and is very simple. The tortillas are cut into smaller pieces and then left to soak in water.

The next day, the tortillas are blended with the same water or with some broth. I prefer the flavor when blending my tortillas with the broth from cooking the beef.

To prepare the meat, you need to cook it long enough to be able to shred it. To do this, there are so many options, and you can use what you have on hand: a crockpot, a pressure cooker, the oven or on the stove, like I did.

Remember to reserve the beef’s cooking broth to use it later for blending the tortillas. 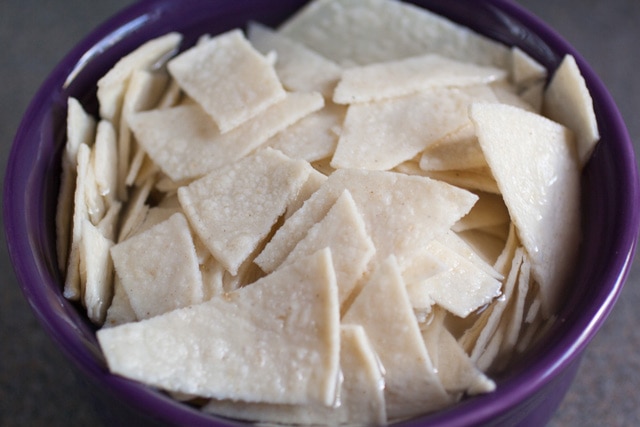 Sour or bitter oranges are very common in Latin America, with thick and dimpled skin, and is a traditional ingredient for this beef stew.

However, because these are not very common in the U.S., I used fresh lemon juice.

Annatto or achiote is an orange-red spice or spice paste that comes from the seeds of the achiote tree. (It is also used in Locro de Paps, an Ecuadorian potato soup.) You can find annatto online and in some specialty spice shops or at a Mexican grocer.

However if you don’t have it or can’t find it, for this recipe you can replace the annatto with paprika.

What to serve with India Viejo beef stew

It is traditional to serve this stew with fried plantains, some crusty bread or rice. 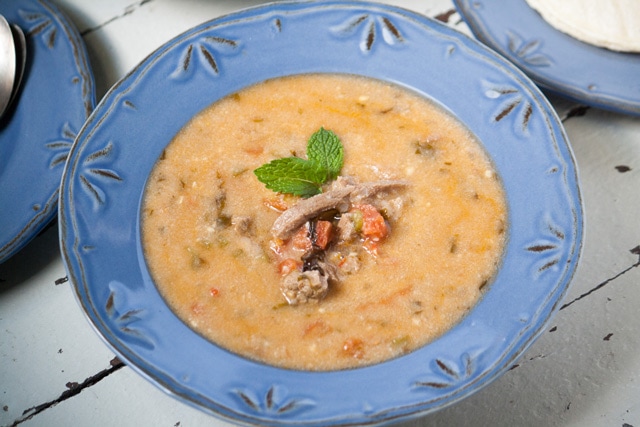 This Nicaraguan beef stew is such a comforting dish for colder weather. Tender beef, veggies, and the broth has an excellent combination of sour and minty flavors.

More beef stew recipes from around the world

If you’re looking for a comforting dish for a cool evening, beef stew is the answer. Here are some more beef stew recipes from around the world to warm you up!

And, as a bonus, we’ve created a fun twist on French beef burgundy with a flaky pastry top in our Beef Burgundy Pot Pie.

For the shredded beef

As an Amazon Associate and member of other affiliate programs, I earn from qualifying purchases.

Lizet is Bolivian and lives in Paraguay in South America. Through friends and travel she has developed her love of food. From Africa to Asia, Europe to the Americas, there is always something new to try when you come to dinner. You can find more of Lizet's tasty creations on her website Chipa By The Dozen. You can also find her on Google +, Instagram, and Facebook.