Locro de Papa is a Cheesy Ecuadorian potato soup that features a unique regional spice called annatto. We’ll dive into what it is and where to find it! 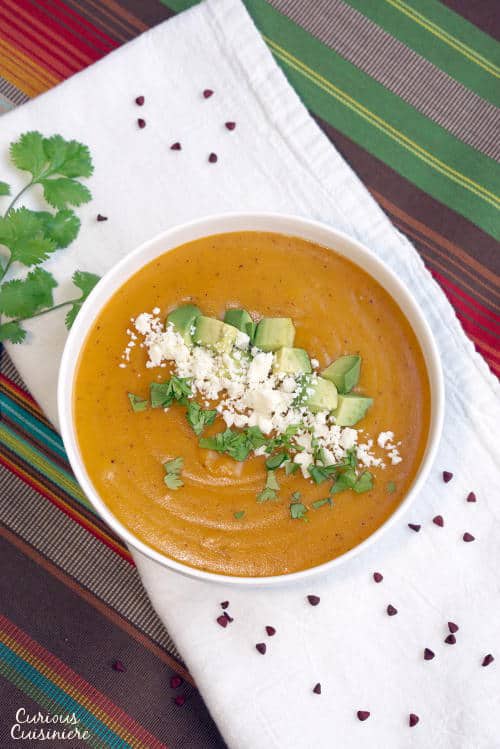 Locro de papa is a dish that hails from the Ecuadorian highlands in the Andes mountains. In Ecuador, soup is very popular and served with most meals. It is typically served as a first course, before the main meat dish of the meal.

Traditional locro de papa soup uses a local, starchy potato that breaks down well into a thick soup or stew. The potatoes are then blended with milk and local cheese to create a simple, yet flavorful soup.

The soup is served with a number of garnishes, for each person to season the soup as they wish. Cilantro, cheese, avocado, and chili sauce are common toppings. (While we thought we loved the soup without garnishes, there was something about the addition of cilantro and hot sauce that really pumped up the flavor!)

What really makes this soup different is the seasoning. Locro de papa is seasoned with a spice called annatto, which gives it a subtle flavor and a unique color.

Annatto is a spice and coloring that comes from the seeds of the anchiote tree. It has a flavor that is earthy and slightly peppery with a hint of nutmeg sweetness. The anchiote tree is commonly found in Latin America and South America, where the seeds were traditionally used as a dye for paints and for medicinal uses. It has been used for hundreds of years as both a dye and seasoning in Latin America and the Caribbean.

Annatto is sometimes known as “poor man’s saffron” because it gives dishes a similar color to the hue saffron would impart. It was used in many Spanish dishes that found their way to the New World, where saffron was not easily available.

Annatto is widely used as a natural coloring agent in many food products.  (If your butter or cheese is yellow, chances are pretty good it has been dyed with annatto.) 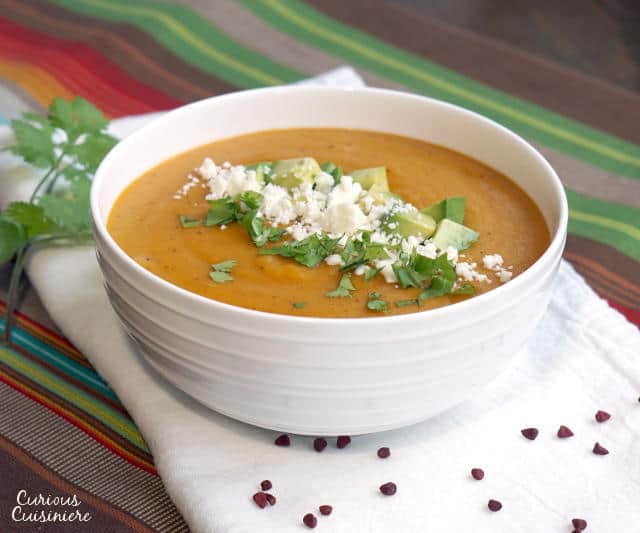 Where to buy Annatto?

Annatto is a unique spice, and as such, it won’t typically be found in conventional grocery stores. Many Latin or Mexican grocery stores will carry it, however. You can find it at Penzeys and online. (It typically comes as whole seeds, so you will need a spice grinder to grind it.)

There really is no exact substitution for annatto. However, the best substitute that we have found is to substitute 1/4 tsp turmeric, 1/2 tsp sweet paprika (not smoked or hot), and a pinch of nutmeg for 1 tsp ground annatto.

This substitution will give you similar colors to the annatto seed, and mimic its earthy, peppery, and lightly sweet favors.

For our locro recipe, we are using starchy russet potatoes. These break down nicely into a super silky puree. We used queso fresco as the cheese that we blended into the soup and used as a garnish, but shredded mozzarella would have a similar creamy and light texture to the local Ecuadorian cheeses that would traditionally be used in the soup.

And, don’t forget those garnishes. While this soup is delicious on it’s own, the cilantro and hot sauce really add some fun flavors to the mix. The avocado makes the soup extra creamy. And, when did a little extra cheese do any harm?

*If you don’t have annatto, substitute ¼ tsp turmeric, ½ tsp sweet paprika, and a pinch of nutmeg. While this is not an exact substitution for the flavor, it will get you close to the flavor and color that the annatto provides.

DISCLOSURE: This post contains Amazon affiliate links. These links are provided to help you find some of the more specialty products we mention in the recipe. If you make any purchase after clicking through one of our links, we receive a small commission from Amazon, at no extra cost to you. Thank you for supporting Curious Cuisiniere! 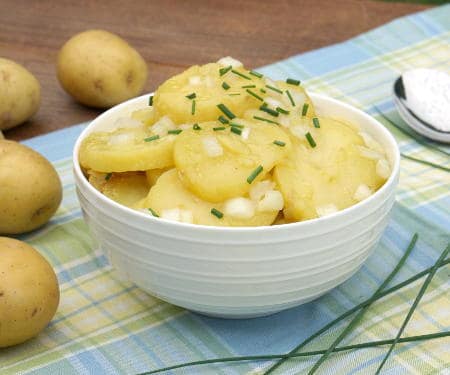 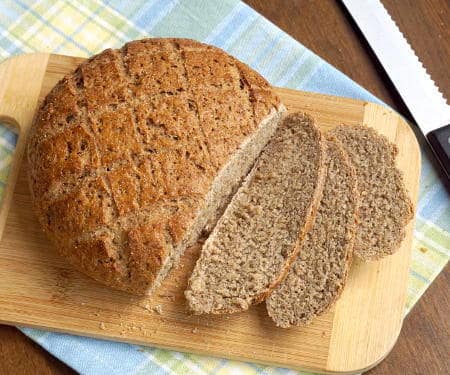 I made it exactly but I found it to be very bland and tasteless.

Sorry you didn't like the soup Margaret. Did you follow the recipe as stated or did you make any substitutions? We all have our own preferences!

Lauren @ Sew You Think You Can Cook

So great that you included the best possible substitution for annatto. Beautiful soup.

Hi Sarah! This is a great recipe. I am so excited to find someone else use annatto. It is a staple in my Latin kitchen. You should try it in Arroz con Pollo. It was nice meeting you on Sunday. I hope we can connect some more later.

Thanks Sujhey! We will definitely try it in Arroz con Pollo. Thanks for the suggestion! Looking forward to staying in touch!

I love making potato soup and can't wait to give this new version a try.

We hope you enjoy it!

This looks lovely. I have never heard of annatto, will have to look for it

Thanks Alison! It's a fun new spice to experiment with!