This Lamb Biryani is an incredibly flavorful and easy to make Indian dish that will leave your house smelling heavenly. 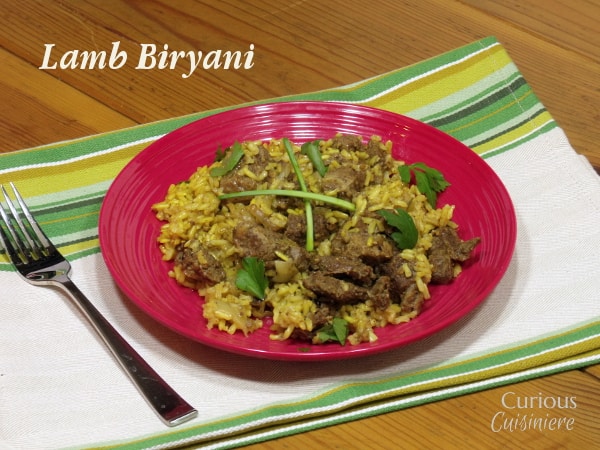 This year we’ve had the opportunity to experiment with some meats we have never cooked with (or eaten) before.

When we were presented with the opportunity from the American Lamb Board to share a globally inspired recipe using a cut of American lamb, we jumped at the chance to once again take a step into new ingredients and dishes.

Lamb is one of the oldest domesticated meat species, and with more than 82,000 family-owned sheep operations, in nearly every U.S. state, American Lamb is local and available year round. American Sheep are raised on natural forage diets, making them the perfect tool to naturally control undergrowth and invasive weeds in forests and vineyards.

We were very surprised to find out that lamb is considered a lean meat. On average, a 3-ounce serving of lamb has only 175 calories with less than 8 g of fat.

We were also surprised by the flavor and tenderness of the lamb. It cooks similar to beef and has a beef-like texture, but it has a tenderness and light flavor more akin to pork.  It would make a great substitute for either in many dishes, and it’s no wonder many cultures around the globe eat lamb frequently. 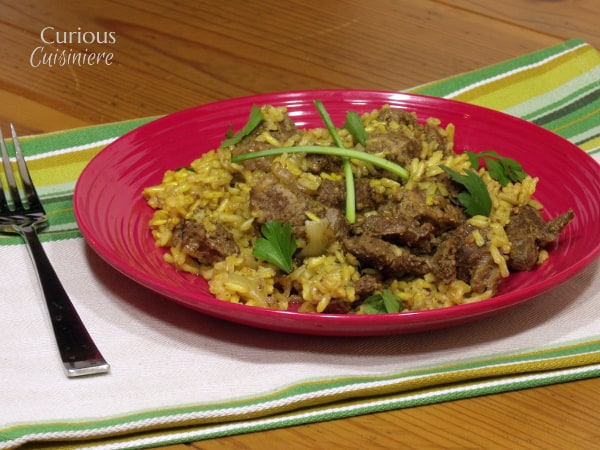 We received a boneless leg of lamb from the American Lamb Board, and decided to try making a dish that has been on our ‘to make’ list for quite some time: Lamb Biryani.

Biryani is an Indian mixed rice dish, traditionally made with basmati rice and flavored with a variety of spices such as cloves, cinnamon, cardamon, bay leaf, coriander, mint, ginger, garlic and onions.

The array of spices give this dish a heavenly scent while it is cooking. And, by the time dinner rolls around, you are not disappointed by the flavor that is infused in the tender meat and brightly transformed rice. 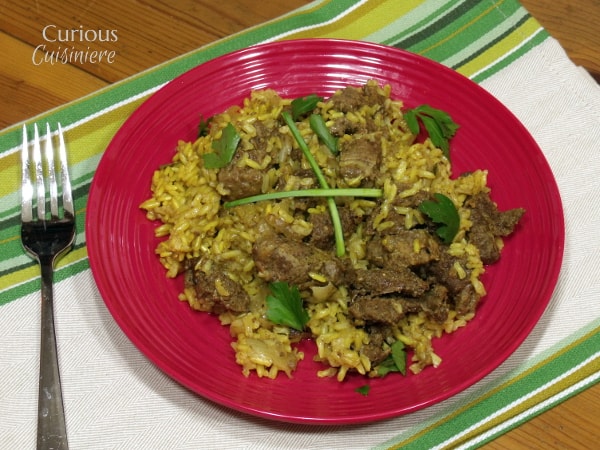 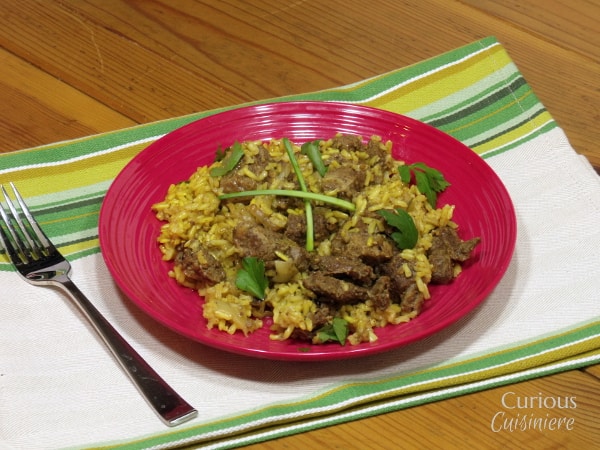 For the Lamb Marinade

Disclosure: I was selected for this opportunity as a member of Clever Girls and the content and opinions expressed here are all my own.