This lightly sweet Vietnamese Peach Tea is made with real peaches for a perfectly refreshing summer drink! 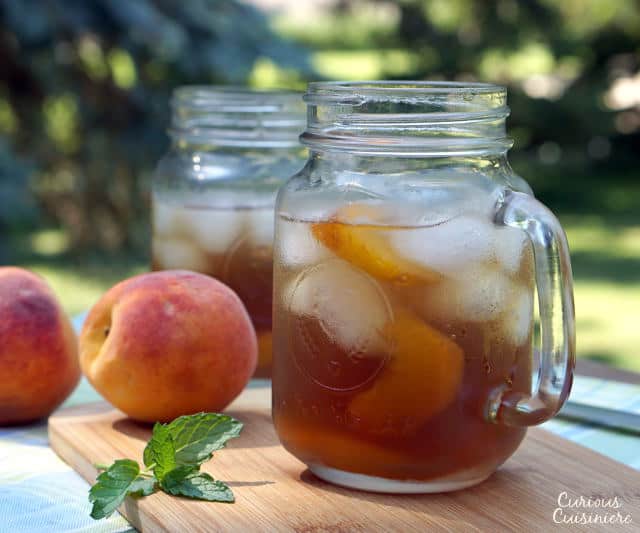 In the States, when we think of peaches, we tend to think of Georgia, the southern state that is know for their sweet peaches.

What you may not know is that peaches actually have a long, global history, originating from Asia, where they are a major part of the culture and folklore. (And, China still produces roughly 50% of the world’s peach crop!)

We find the significance of peaches running deep in many ancient Asian cultures: 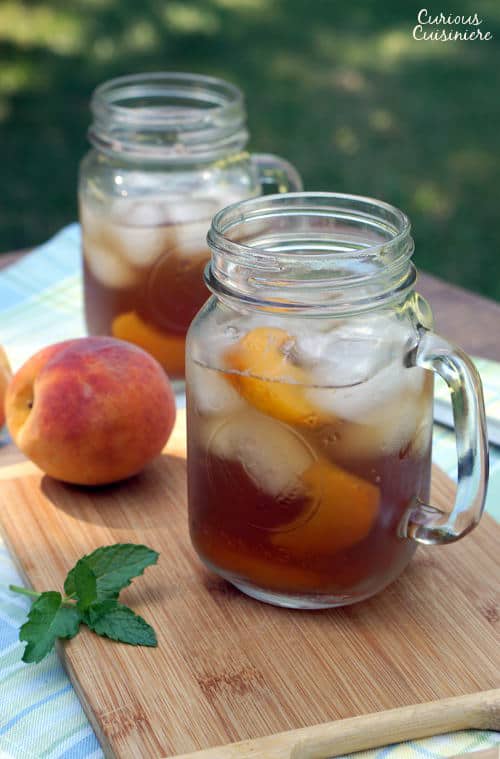 Peaches Around the World

The Persians (modern day Iranians) brought the peach to Rome, where it was known as the “Persian apple,” malum persicum in Latin. Alexander the Great continued the spread of peaches into Europe, and it was in France that persicum became pêche, the word from which we get our term peach.

In the early 1600s, peaches were brought to Virginia from England. But, it wasn’t until the 1800s that peaches began to be grown more widely across the United States for general consumption.

So, really, here in the States, we’re super late to the peach lovin’ party.

In Vietnamese cuisine, peach tea is a common, refreshing, summer drink (as is Vietnamese iced coffee).

Often you will see the drink made using a flavored syrup or flavored teas, but the best versions are those that use fresh, ripe peaches to infuse the tea with a subtle sweetness and the perfect peach flavor. 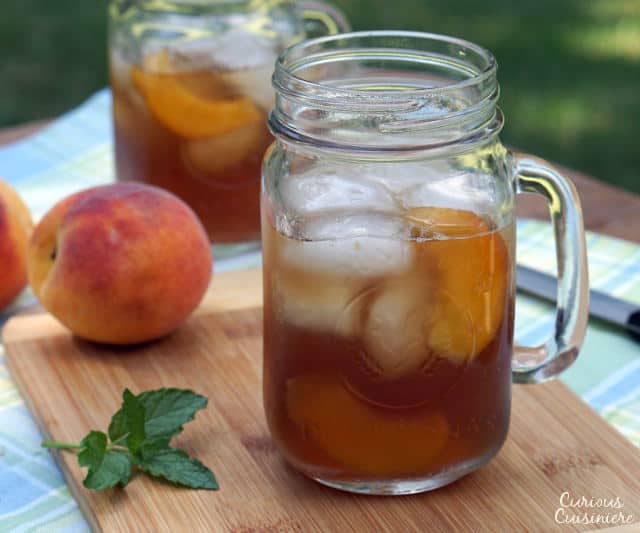 First, we make a peach syrup by simmering peeled and sliced peaches with a little sugar. The amount of sugar necessary may vary depending on how sweet your peaches are. But, if you use sweet, ripe peaches, most of the sweetener for this tea comes from the peaches themselves!

Once the syrup has steeped, it is combined with strong black tea and chilled.  That’s it!

Why use flavored syrups or artificially flavored teas when making your own fresh Peach Tea is SO incredibly simple? 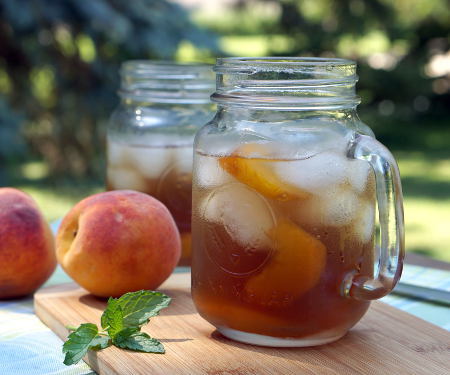 *Using an Earl Grey or a breakfast blend tea will change the tea’s flavor. 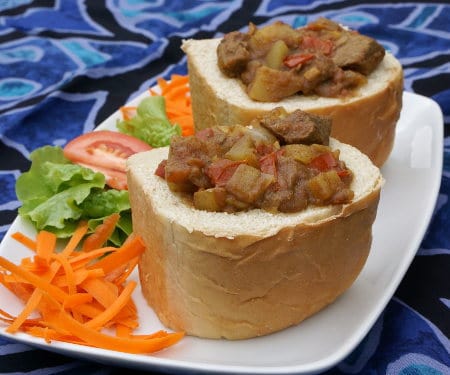 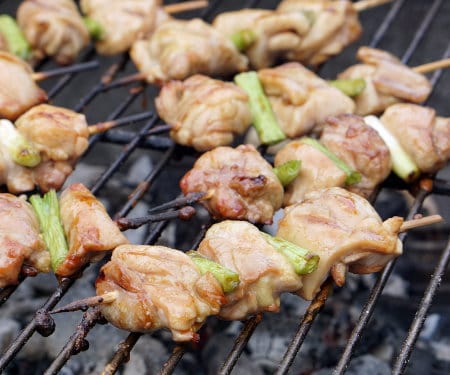 How long will this tea keep in the fridge?

Hi Zach. It should keep a week, possibly more, but ours never lasts longer than that! Enjoy!

I love fruit and tea together. Thanks for the interesting background on peaches!

Thanks Cindy! Glad you enjoyed the info!

Thanks for introducing this peach tea. I love the idea of mixing fresh fruit into iced tea.

You're very welcome Eileen :)! It is so refreshing, without being overly sweet.

I drink black tea every.single.day and tend to avoid flavored teas! I have to admit, though, that yours would be an exception! Just tea and peaches is A-OK! It sounds terrific!

Thanks Liz! We don't like highly sweetened, fake-tasting, flavored teas either. But, this one gives just enough sweetness and flavor to change things up a bit!