Escalivada is a Spanish grilled vegetable appetizer recipe that is easy to make and big on flavor. 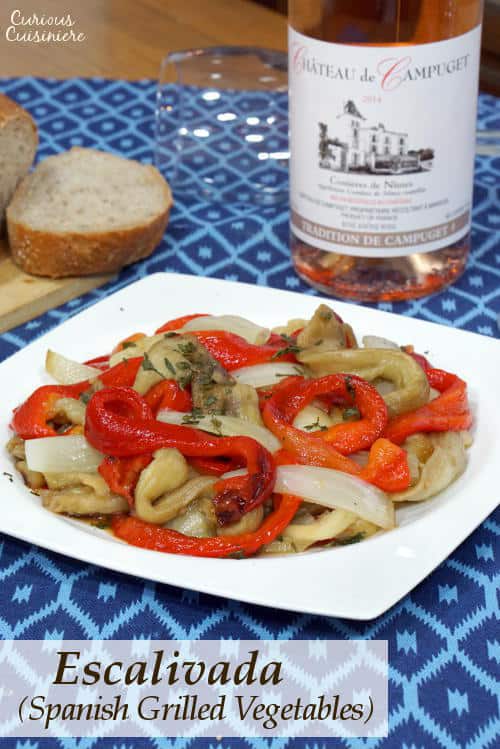 Escalivada (pronounced ES-keli-VA-da) comes from Catalonia, the northwestern most region in Spain.

In a way, the Catalan region could be considered the beautiful child of the cultures of South France and Spain. Both French and Spanish influences are apparent in the Catalan culture, but they have also been transformed into something entirely new and unique.

Even in this simple vegetable dish, you can see hints of the French and Spanish influence in the region.

Escalivada is made up of grilled (or oven roasted) vegetables that are combined with olive oil, salt, and (in some cases) a little sherry vinegar. The caramelized quality of the roasted vegetables and they texture of the dish might make you think of the classic, Provencal dish ratatouille.

The use of red peppers and a splash of vinegar gives the dish a slight acidic brightness that brings to mind light Spanish dishes. The dish is easy to prepare and made to be enjoyed with a crisp glass of wine and friends. It reminded us of wandering through the streets of Barcelona around tapas time and watching groups of friends gather with small plates and beverages, simply enjoying the company and the afternoon.

To Grill Or Not To Grill?

If you can, grill your vegetables for escalivada. The smoky flavor that the grill imparts takes the flavors to a whole new level. (Similar to the way it does for this Armenian grilled vegetable salad.)

But, if grilling just isn’t possible, the oven will do a good job to caramelize the sugars and a quick stint under the broiler will even give a bit of that grill-charred flavor. 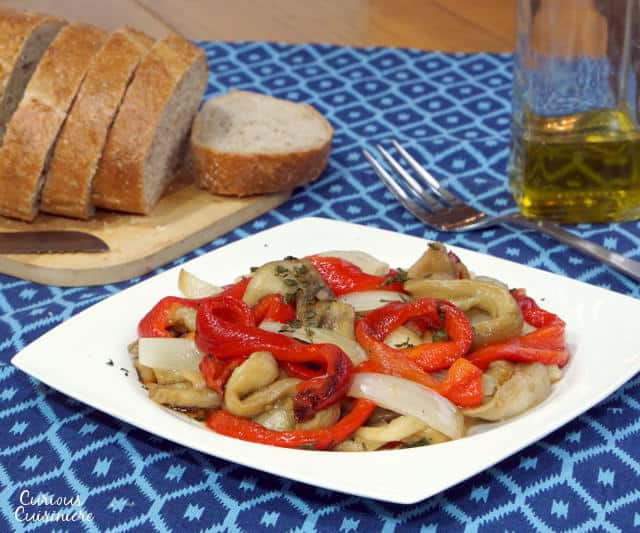 Escalivada is traditionally served as an appetizer with thick slices of crisp toast. We loved the complementary textures of the crisp toast and the smooth vegetables.

It is also common for escalivada to be served as a side dish to go along with the grilled meats or fish.

Either way you serve it, be sure it is accompanied by a nice semi-dry white or rosé wine! 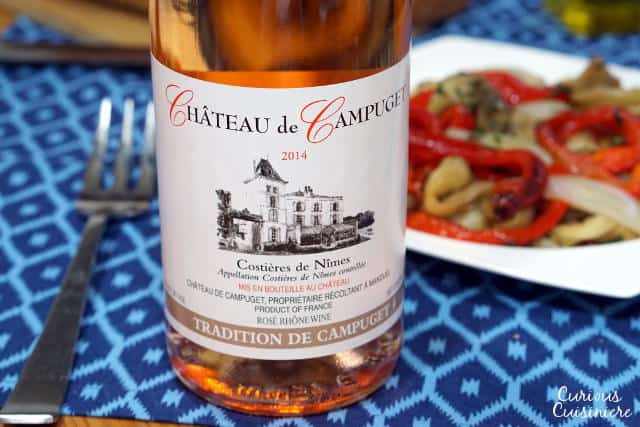 We paired our escalivada with a Château de Campuget Rosé from Costières de Nîmes in the Southern Rhône Valley of France. As recent as the early 2000’s, Costières de Nîmes was considered a part of the eastern Languedoc region, but the grapes and wine making style of the region were more similar to what one would find in Rhône.

We found this blend of 30% Grenache and 70% Syrah to be bright and citrus-y on the nose. We were pleasantly surprised by the wine’s dryness which was rounded out by tart raspberry and grapefruit flavors. It was a nice and light, semi-dry wine, perfect for spring or summer sipping.

The bright, fresh red peppers of the escalivada mingled with the acidity of the wine and brought out the wine’s berry notes. The oil in the escalivada smoothed out the wine’s dryness, creating a wonderful complement. This would be the perfect pairing for a lazy spring or summer day spent enjoying appetizers and wine with friends on the patio. 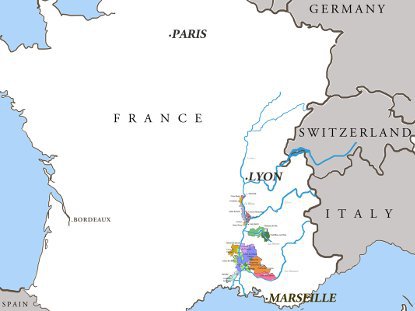 This month, the Wine Pairing Weekend Crew is exploring the wines of the South Rhône. The Rhône River Valley is in Southern France and the wines produced there are commonly divided between the northern and southern regions of the Rhône Valley.

Being farther inland, the northern region sees more of a temperature shift with the seasons, making it generally cooler than the southern region. Because of this, different grapes are grown between the north and the south. The north is known for wines produced with the Syrah and Voignier grape. The south is more Mediterranean in climate, with warmer temperatures year round. It is known for its many red blends which tend to include Grenach, Syrah, and Mourvèdre grapes.

Be sure to take a look at the other South Rhône wines and dishes the crew explored after the recipe! 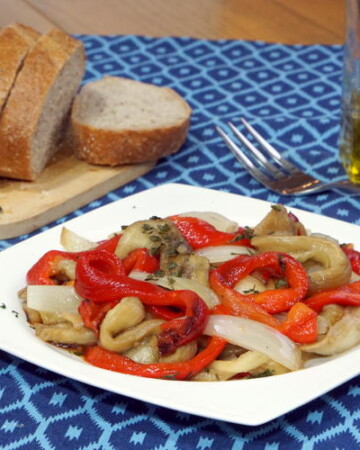 Find more great pairings for the wines of the South Rhône region below!

David of Cooking Chat started this event in June of 2014, and every month since then this group of wine and food lovers have had a great time! For more background, check out the original post announcing Wine Pairing Weekend. You can see the full list of past and upcoming #winePW events here.

Escalivada doesn't resemble ratatouille at all. In fact the Catalan dish similar to ratatouille is called samfaina in Catalonia and in Spain, they have a similar one called pisto. "Escalivar is a technique from the oldest Catalan cuisine, which is still commonly used today, and which allowed to make the most of the products from the garden. Although nowadays they are made with electric, gas or microwave ovens, the type of cooking of the escalivat was made on a charcoal grill. The aromas and the flavour obtained from the contact with the embers are of outstanding gastronomic value." Escalivada is usually served as a side to BBQed meats, on top of Coca de recapte, which has a base similar to pizza, and topped with also anchovies and sometimes sausage, sometimes used as a mousse to put on top of cannelloni, with bacallà - salted cod -, or just on top of a nice slice of bread. Sometimes we add potatoes made in the oven with its skin and peel them and cut into thick slices before serving, to make it a more complete first course.

I love dishes that are simple . . . but brilliant. Lovely! Cheers!

When my wife and I visited Spain a few years ago, we enjoyed quite a few dishes similar to this. Your's looks fantastic! And great pairing!

I love it when Spain and France meet for a delicious food and wine pairing! Thanks for sharing.

Thanks Michelle! We do too! ;)

I am so anxious for grilling weather and this dish is on my list as soon as Spring decides to descend upon Michigan.

We're waiting anxiously for springtime weather here too. We hope you enjoy the dish!