Scottish Bannock bread is cooked in a skillet from a simple dough, making it the perfect recipe for cooking up fresh bread around your summer campfire! 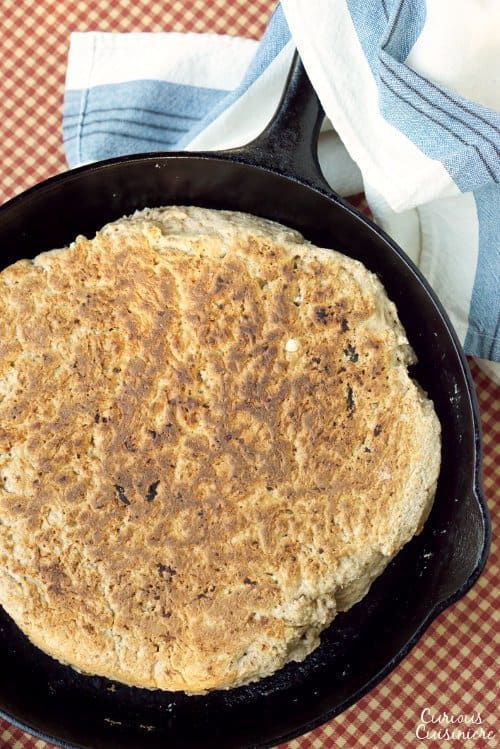 Bannock is a simple, flat loaf of bread that bakes up with a texture similar to a scone or biscuit, with a fluffy center that is slightly crumbly. It is wonderful for breakfast spread with some jam or served for a main meal alongside your stew or main dish.

The word “bannock” has Celtic roots, coming from a Latin word that means, quite simply, “baked dough”.

Bannock bread originated in Scotland, where it was first made as a quite heavy and dense loaf with a barley or oatmeal dough and no leavening. As leavening agents were introduced, they began to be added to these skillet breads, making them fluffier.

While bannock originated in Scotland, the concept was adopted into Native American cultures, particularly in the cuisine of the Inuits of Canada and Alaska.

Variations of North American bannock were made with corn (maize), making a loaf similar to a skillet cornbread. But, as wheat became more widely grown, they began making bannock with whole wheat flour, which is most commonly used today.

North American pioneers like Lewis and Clark and Daniel Boone learned how to make bannock from the Native Americans, and the bread became a staple for them and many others during the westward exploration of North America. 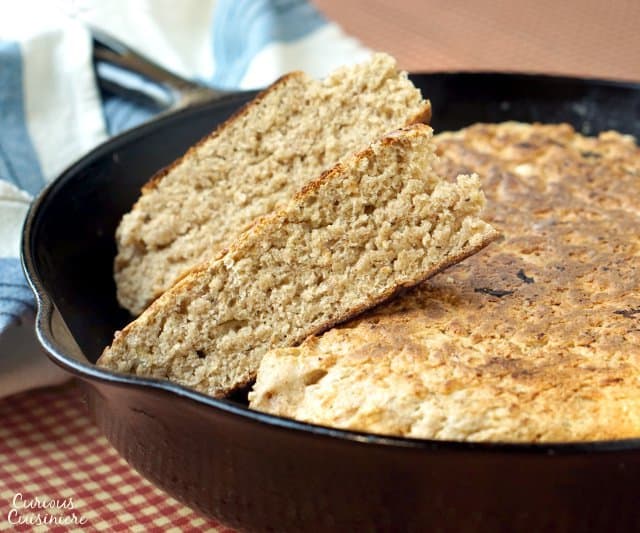 When making bread over a campfire the most important (and hardest to control) element is the heat.

Your goal is to keep the heat to the skillet at a steady medium level, so that the bread cooks, but doesn’t burn too quickly.

If you do start to burn one side of your bannock, don’t worry, all is not lost. Just move your skillet to a cooler section of coals (or off the heat completely if things are way too hot). Flip your bread, and let the second side cook slowly (for 15-20 minute).

This will let the heat on the second side reach the middle of the bread, cooking it through. 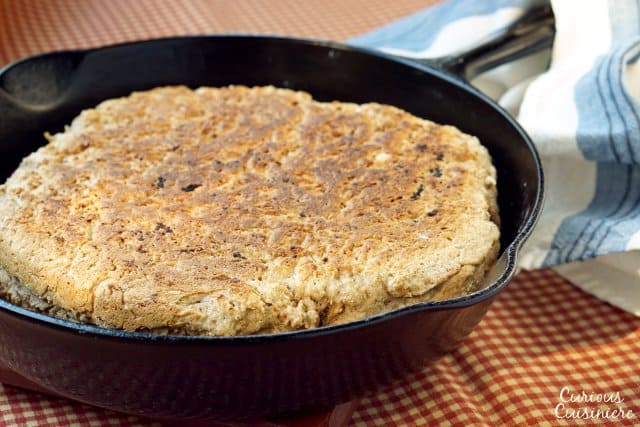 Making Bannock Without A Skillet

Bannock has been a staple bread of peoples who lived in camps where the cooking was done over an open fire. But, sometimes a skillet (or flat stone) wasn’t available.

Not to be troubled with the details, they began making their bannock dough thicker and simply wrapping it around a stick to be cooked over the open flames.

The next time we go camping, we’ll be bringing a bag of bannock mix with us and trying the stick method of cooking it over a fire! 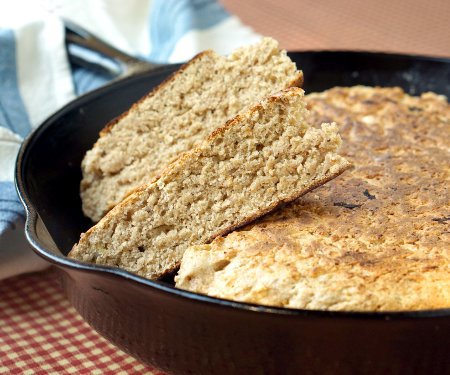 To Prepare The Bread

*If using all all-purpose flour, you may need to add a little less water to your dough to get a good consistency.   Don’t want to carry a pan camping with you? Make a thicker dough by using less water. Wrap the dough around a stick and cook it over your campfire. 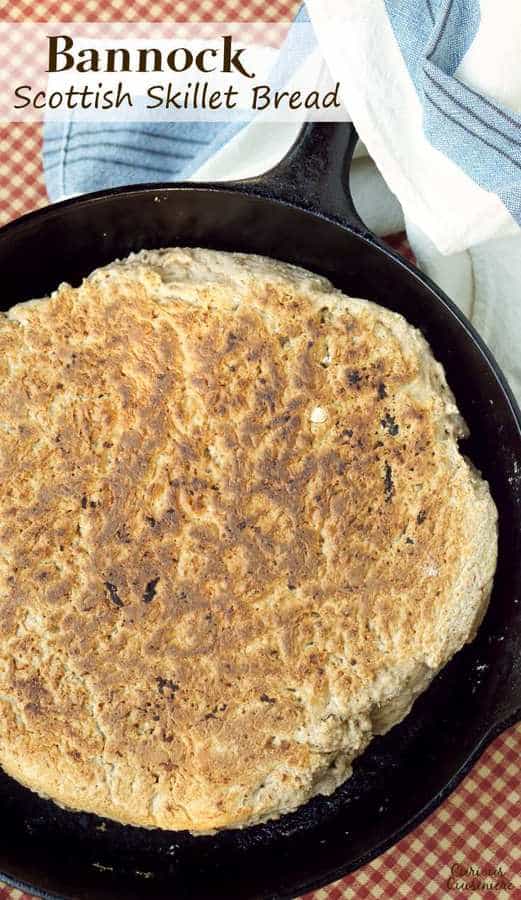