Try something new for your next BBQ or cookout with this crunchy Ensalada de Repolla. The Nicaraguan version of Coleslaw is bright and flavorful with a lime and cilantro vinaigrette. 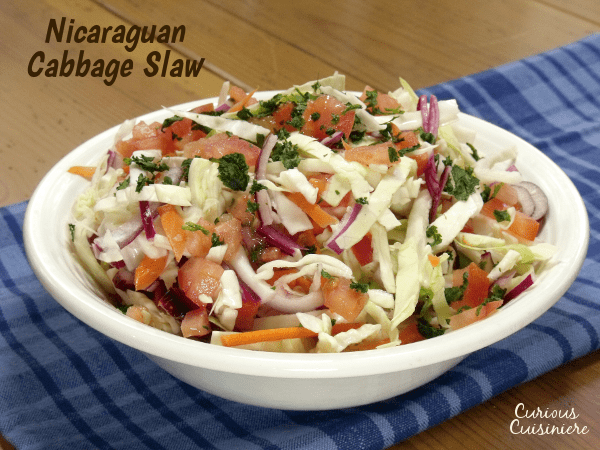 Cabbage slaw is a fixture in Latin American cuisine. You will find versions that are incredibly similar from Puerto Rico to Nicaragua.

Ensalada de Repollo is a bright and crisp slaw that is eaten nearly daily as a nutritious addition to any meal throughout Latin America.

Peruvians eat the slaw alongside a meat main.

El Salvadoran pickled cabbage slaw is heavy on the vinegar and can be spicy.

We found it to be the perfect dish for summer with all of its crisp, bright flavors. The next time you are looking for a slaw recipe to bring to that BBQ or cookout, bring something a bit different!

While it can be eaten along, it also makes a wonderful addition to empanadas or tacos, adding a nice nutritional punch and a good crunch.

It is best to prepare this slaw a few hours or a day ahead of time to let the flavors come together. Since it is better when left to rest, it is great for a picnic or barbecue. 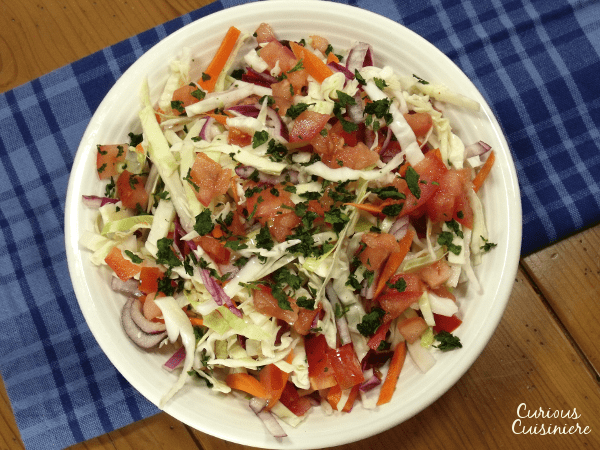 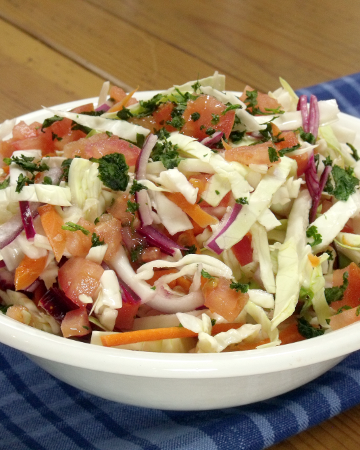 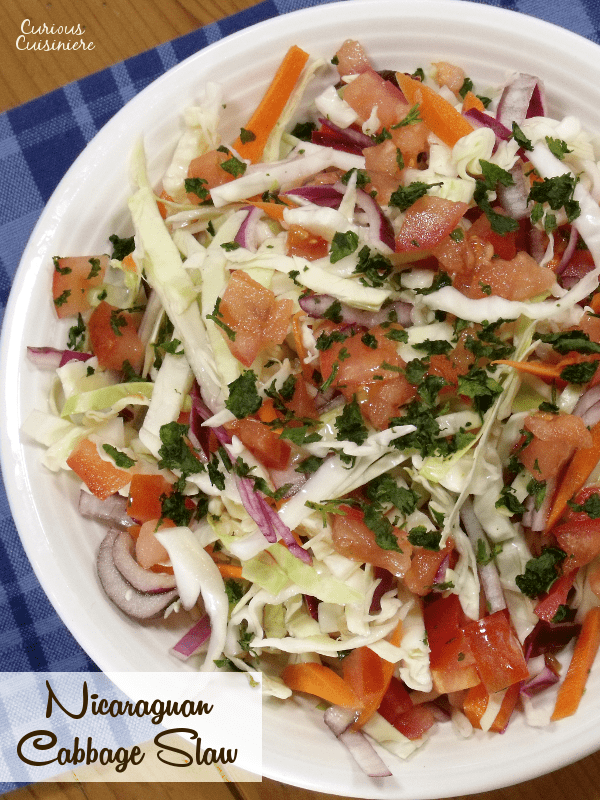 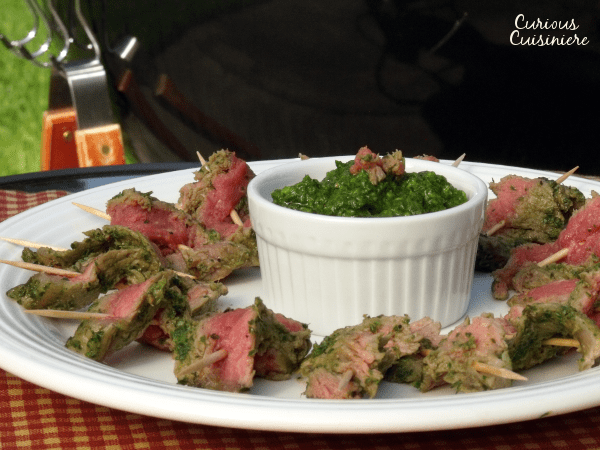 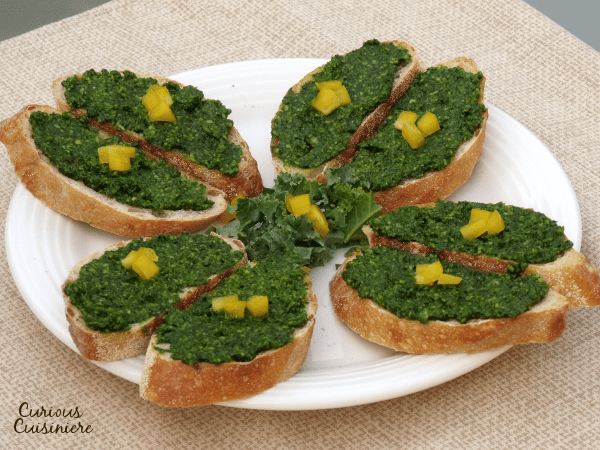 I've been eating Repollo all my life and I have never had it with Cilantro...????

Hi Yvonne. Very interesting! Possibly it's a regional variation, because we have seen many authentic recipes that add it in.

Just found your site yesterday and what I read so far makes me happy so many fantastic recipes.

Thanks Charlotte! We’re glad you found us!