Dried Mexican chile peppers add so much flavor to Mexican cooking. And, not all bring heat! From chipotle to ancho, guajillo to cayenne, and so many more, here’s what you need to know about some of the more commonly found dried Mexican chiles and how to use them! 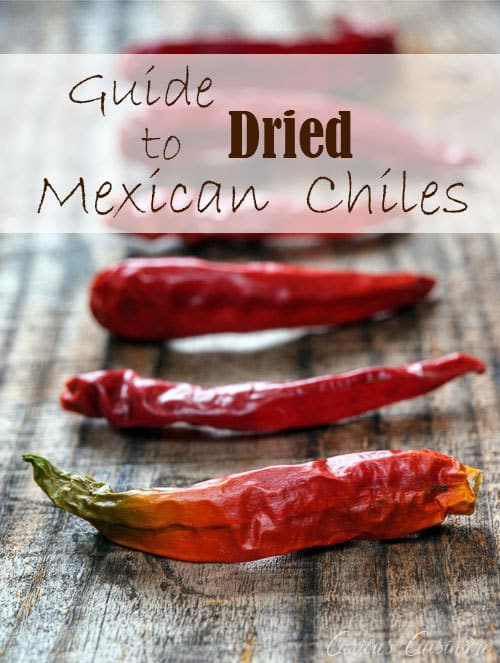 How To Use Dried Mexican Chile Peppers

While dried chile peppers might seem a bit intimidating to use, there’s really a quite simple process to getting their fantastic flavor.

What Is The Scoville Scale (SHU)?

We rate each chile in this guide with Scoville Heat Units (SHU). SHU is a widely used scale to measure the heat of peppers.

The scale is very simple to use: the higher the number, the hotter the pepper.

Scoville heat unit ratings are typically given in a range, because pepper heat can vary from plant to plant and depending how ripe the chile is when it is picked.

Dried chile peppers are divided into to categories: dark and red.

Dark chile peppers are nearly black when dried, with a wrinkly appearance. These chiles tend to have a deep, fruity flavor with notes of raisins and prunes.

Their deep flavor makes them a top choice for making flavorful mole sauces. 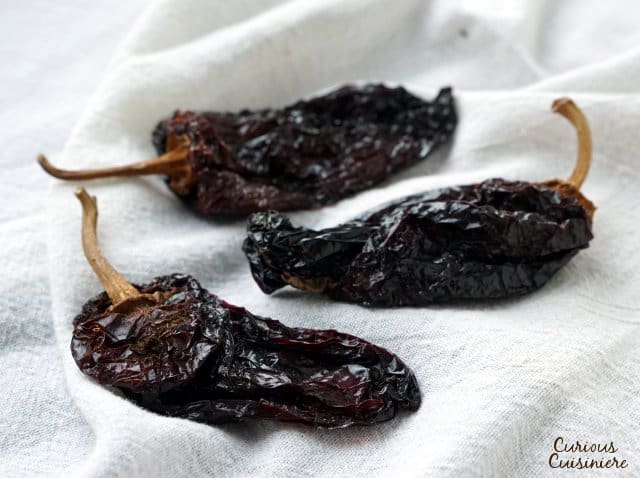 Ancho chile peppers are the dried form of poblano peppers. They are typically low in heat, with a sweet and smoky, raisin-like flavor.

Mulato chile peppers are also dried poblano peppers, but mulatos are made from poblanos that are picked when very ripe. That gives mulatos more heat, more sweetness, and deeper, chocolate-y notes. 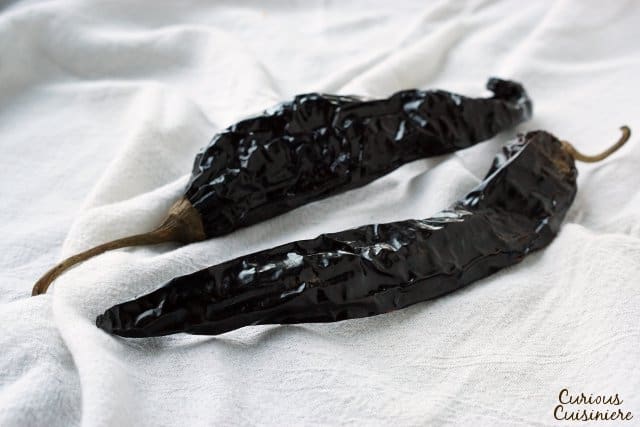 Pasilla chiles (pronounced puh-SEE-yuh) are also called chiles negros. These are the dried version of the chilaca chile. Pasilla chile peppers are longer and thinner than anchos or mulatos. Their flavor is similar to that of an ancho, but hotter, with deep fruit flavors of raisins and prunes.

As a confusing side note, you will often find ancho chile peppers or even fresh poblano chiles mislabeled as pasilla chile peppers. You’ll know you have a pasilla if it is dried (for starters) and thinner than an ancho.

Red chile peppers in Mexican cuisine are dried peppers that retain some of their red color after drying. These peppers have a smoother skin than the dark chile peppers. They add lighter, more fruity notes to the dishes they are used in.

The Cascabel chile is also known as the rattle chile. It is small and round in shape, and the seeds rattle around inside when it is shaken. These chiles give a lighter flavors of apricots and dried apples, as well as a slight smokiness.

Cascabels are great substitutes for hotter red chiles if you’re looking for lots of flavor without the heat. 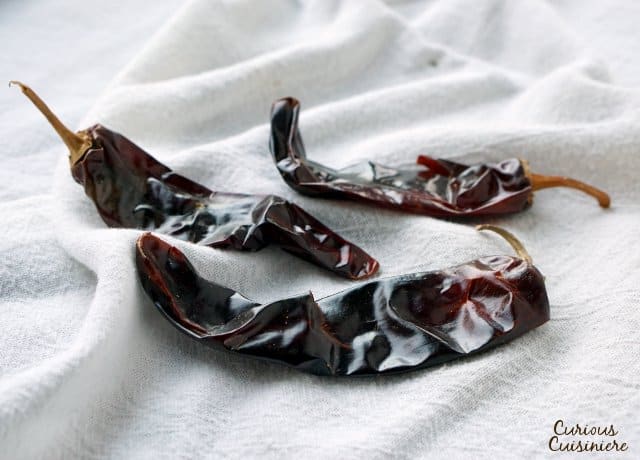 Pulla chiles are long and thin, like guajillos, but smaller and spicer. They are similar to guajilos in their fruity flavor, but bring more heat. 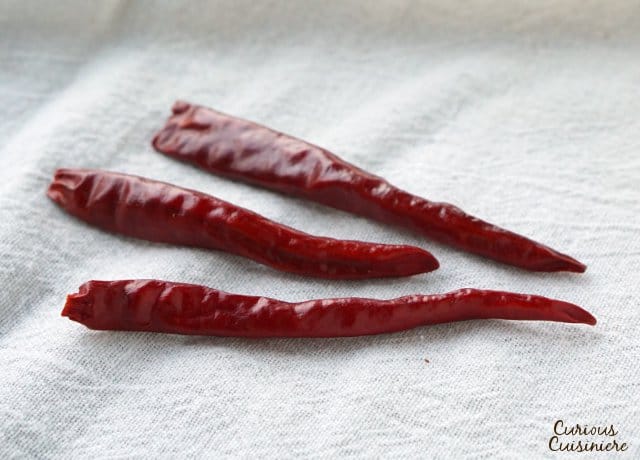 Chiles de Arbol are bright red chiles with a nutty flavor. They are also known as bird’s beak or rat’s tail chiles. 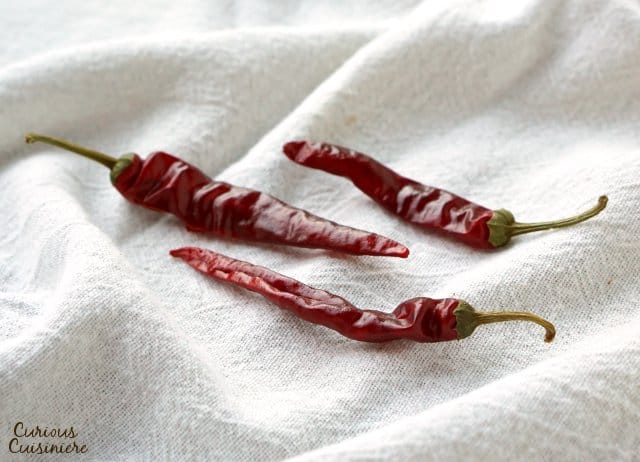 While most chiles are air dried, some are dried by smoking. Smoking gives the chiles a unique flavor that is widely loved in sauces and pairs wonderfully with meat. 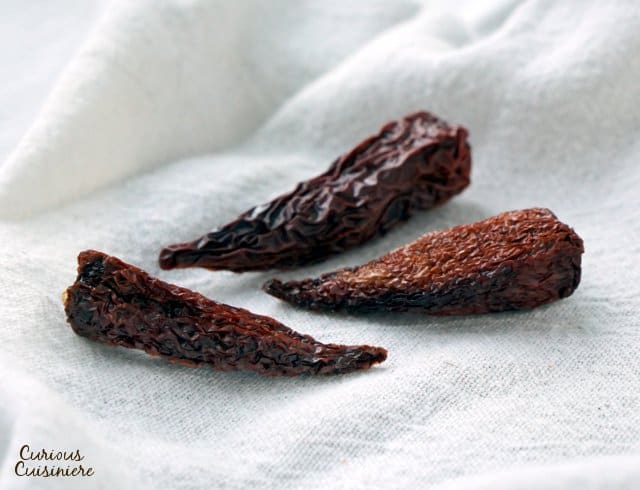 Probably the most well known smoked chile pepper are chipotles. Chipotle chile peppers are also called moritas. They are made from smoked, very ripe jalapeno peppers. The ripeness of the jalapenos used gives them a pronounced, sweet heat that mingles expertly with the deep smokiness.

Do you have a favorite way to use dried Mexican chile peppers?