Pan de Jamon is a traditional Venezuelan Christmas bread filled with ham and olives. Its robust flavors are a unique tribute to Venezuelan culture. 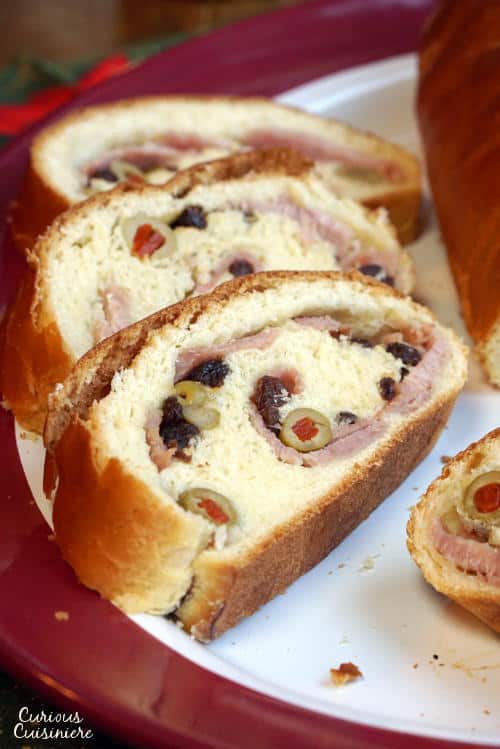 Pan de Jamón (pronounced PAN de HAM-on) is a savory rolled bread that is a staple on Venezuelan tables during the December holiday season.

This bread is thought to have originated in 1905 in Caracas, the capital of Venezuela, at Gustavo Ramella’s Bakery.

Gustavo was looking for a way to use up leftover pieces of holiday ham, so he rolled them in a soft and fluffy dough and baked it! The result was a savory, rolled bread that exploded in popularity.

As it grew in popularity, people began to make their own adaptions on the bread, and ham with olives and raisins became the most popular version.

A simple filling of ham, raisins, and olives. That’s all that is traditionally rolled into this soft and slightly sweet dough.

Honestly, when we first heard about this combination, we turned up our noses a bit. Really? Salty olives and sweet raisins?

Less traditional versions had you use ham and cheese. Now, that sounded tasty. But, olives and raisins? It was almost enough to turn us off from the recipe completely.

But, we decided to stick it out. We figured, the Venezuelans must be on to something, if the bread is so wildly popular for the holidays.

And, we are here to tell you, that they really are. 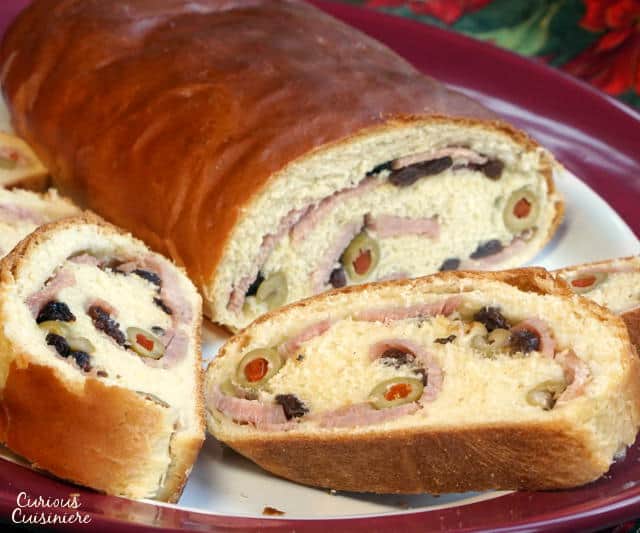 Something about the way the sweet raisins and salty olives blend together with the sweet and salty ham makes the flavors in this roll INCREDIBLE.

The amount of olives is just enough to give a pleasant saltiness to the bread. And then, as you bite into your slice, you are greeted with the familiar flavor of ham with a little extra pump of sweetness from the raisins.

As long as you like olives and raisins on their own (those can be really dividing ingredients for some people), we’re pretty sure you’ll find the flavors of this roll surprisingly wowing.

This bread comes together incredibly easily. The dough is soft and rich. (You can’t go wrong with milk, eggs, and butter!) And, it rises nicely.

For the filling, you can use any sliced ham you have on hand. We used leftovers from a ham dinner, but deli sliced ham would work as well.

Some recipes will have you soak your raisins, but we chose not to because we wanted those raisins to soak up any excess moisture that was released from the ham and olives while the bread baked. We were very happy with our decision, because the inside filling was perfectly dry and the raisins were nice and plump.

We read that it is traditional to make this bread ahead of time and eat it either slightly warm or chilled. So, we resisted slicing into the (wonderfully fragrant) freshly baked loaf.

And, we were glad we did.

A fresh loaf of bread can be a bit tender, and letting this bread cool almost completely before serving it gives the filling and the roll time to set up.

By the time we sliced it, it sliced beautifully, no tearing or erupting filling pieces, leaving us with perfectly decorated, spiral slices.

*As some of our readers have noted, bacon and capers are also common additions to the filling.

each of 10 slices
Amount Per Serving: Calories: 143 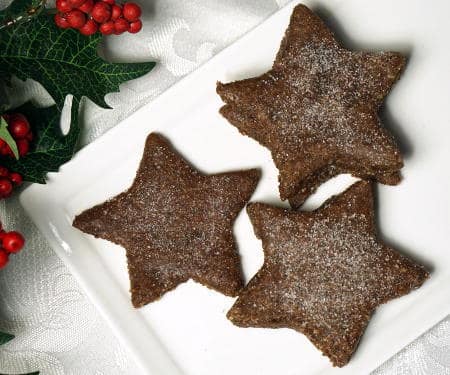 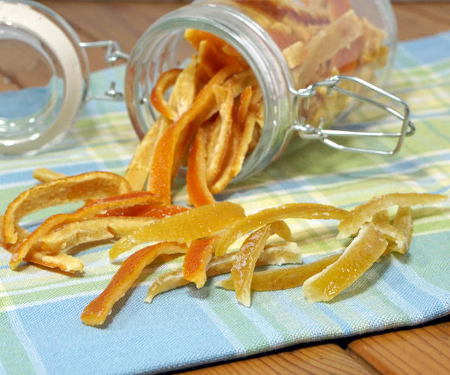 Made this Ham bread for Christmas today to surprise a friend who was from Venezuela. Made as written except I forgot to put the raisins in it. It was great tasting and we all loved it. Next time going to remember to add raisin and also try cheese in it. Thanks!

So glad you all enjoyed it! Merry Christmas!

You can also use frozen white bread, thaw it overnight and roll it out and use it! Also, great with bacon!

Good to know! Thanks Earleen!

You forgot the rashes of bacon and you do brush with the egg when it's ready to pop in the oven?

We brush it with the egg wash before the final rise after shaping.

The yeast mixture is supposed to be 1/4 cup water and 1/4 sugar? It doesn’t seem to work for me.

Hi R. What about it isn't working for you? 1/4 c each should work. You could try using 1 Tbsp of sugar in the initial yeast mixture and adding the remaining 3 Tbsp of sugar with the other ingredients.

Thanks Sarah, to share with your world our culture we are really so excited when pleople try our Country traditions you should try hallacas and the chicken salad.

Thanks Alex. We'll have to give those a try!